Tonight we saw Ballyclare 3A take on Ormeau 3A at home in Division 3 of the Belfast and District Table Tennis League. The match ended with a score line of Ballyclare 3A (8) and Ormeau 3A (2). The format for the match was a 4 Vs 4 player format.

Wilbert Armstrong reporting on the match said “Thanks to Ormeau for a good natured, well fought match and all the very best to them for the rest of the season.”

The players that were fielded for the Home Team Ballyclare 3A in their playing order were:

For the doubles Ballyclare 3A decided to play Andrew Davies with amp; Michael Baird & Ian Davies with Jessica Baird

On the Away Side Ormeau 3A sent a team consisting of:

For the doubles Ormeau 3A had Arvin Cabellero with amp; Andy McGall & Steve Sheridan with Alan McGuffog joining forces to taken on the hosts.

With the match card now fully completed the final score of Ballyclare 3A (8) and Ormeau 3A (2) was recorded. 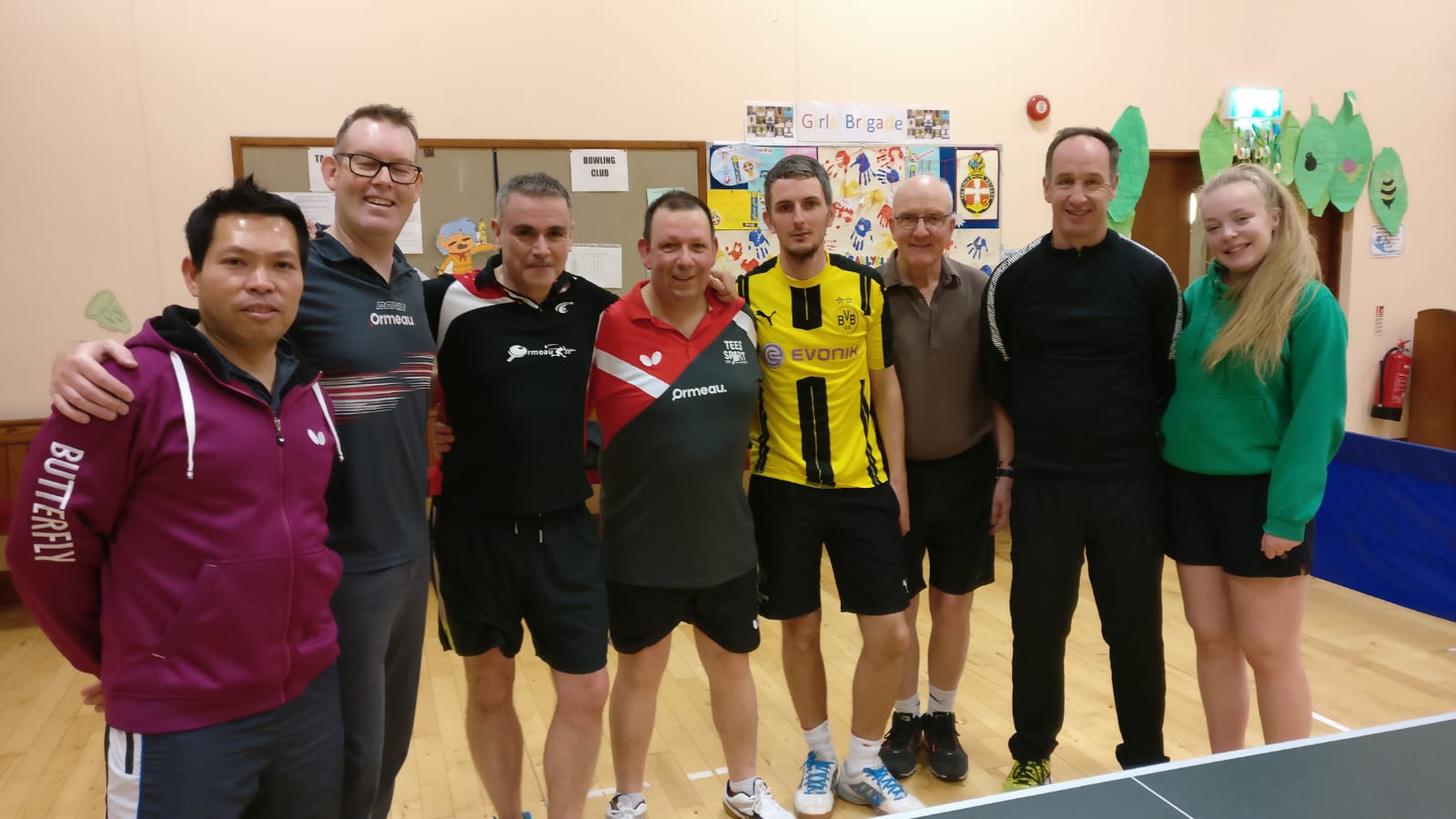 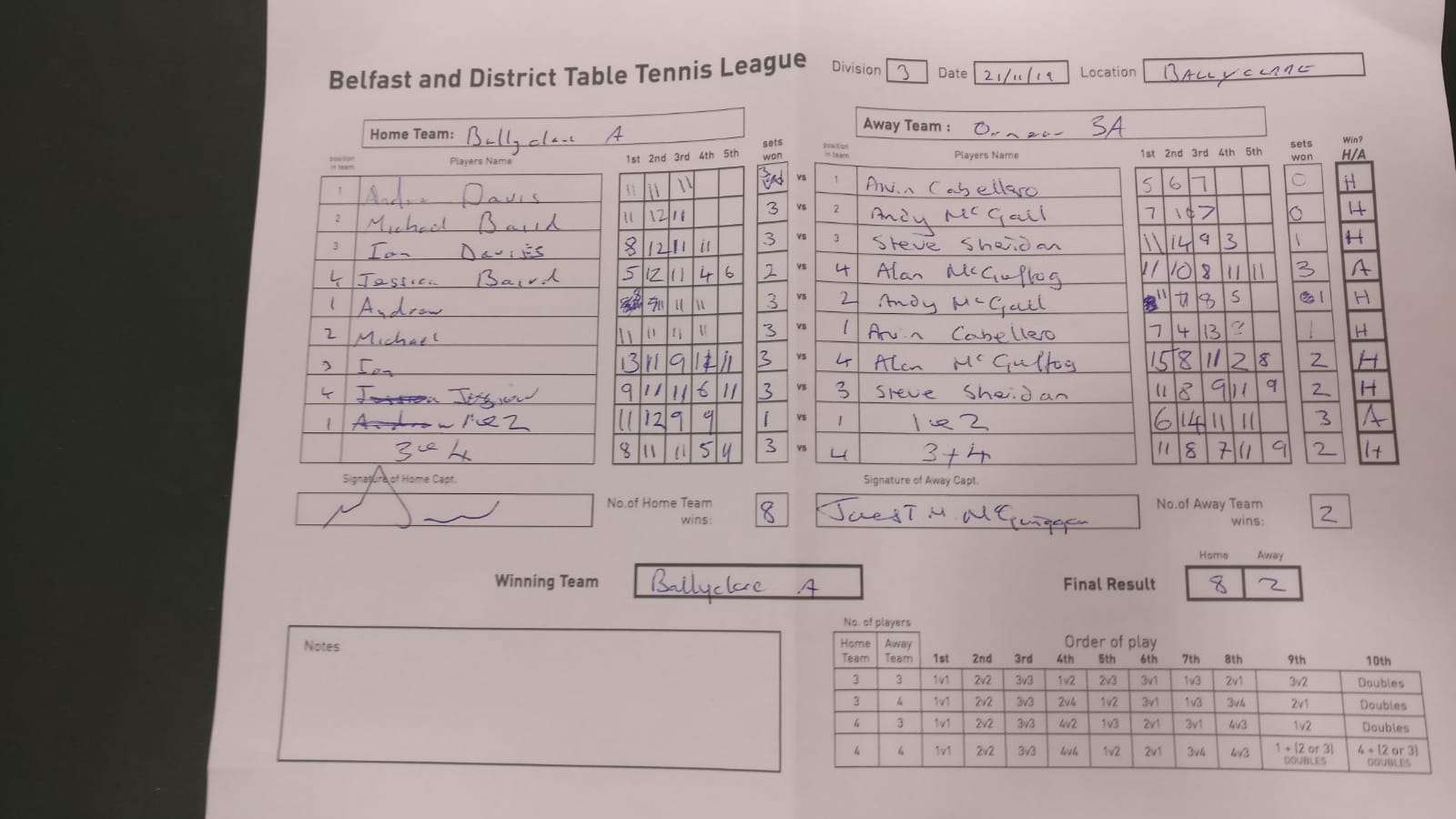