Tonight we saw Ballyclare take on Legacurry at home in Division 3 of the Belfast and District Table Tennis League. The match ended with a score line of Ballyclare (6) and Legacurry (4). The format for the match was a 3 Vs 4 player format.

Wilbert Armstrong reporting on the match said “It was a real battle royal at a Ballyclare last night. Wilbert and Jessica missed out for Ballyclare and Ivor Kirk for Legacurry.
Most of the matches were very tight affairs. The night began well for Ballyclare with Andrew taking the first duel against Roy. In the second match however, an on fire Andrew McCrory took out Mike Baird. Ian has looked like he was cruising in his encounter with Stanley after taking the first 2 sets, but ended up in a 5 set nerve jangler, just pipping Stanley to take the match.
Mike then played the very spinny Robert McCrory and initially struggled with the serve but in the end came through winning the next 3 sets. The match of the night was served up by Andrew Davies and Andrew McCrory with some great open attacking table tennis….a joy to watch with Andrew Davies coming out on top 3-1. That put Ballyclare 4-1 up and things were looking difficult for Legacurry. Roy put in a good performance to beat Ian 3-0 to make the match score 4-2 to Ballyclare. The resurgence didn’t last long as Andrew comfortably beat Stanley 3-0 and Ian fought out a very creditable 3-2 win over Robert. That took the match score to 6-3 for Ballyclare with Mike and Roy playing out the final singles. Mike lost the first two sets before mounting the comeback, eventually losing 3-2 in the 5th in yet another titanic battle. Roy had to use all of his considerable experience.
In the final doubles, Andy and Mike took on Roy and Andrew but never really looked like winning that one. Legacurry took that 3-1 to make the overall match score 6-4 to Ballyclare .
The match was played very sportingly. Thanks to Legacurry and all the best to them for the rest of the season.”

The players that were fielded for the Home Team Ballyclare in their playing order were:

On the Away Side Legacurry sent a team consisting of:

For the doubles Legacurry had Roy Coard & Andrew McCrory joining forces to take on the hosts.

With the match card now fully completed the final score of Ballyclare (6) and Legacurry (4) was recorded. 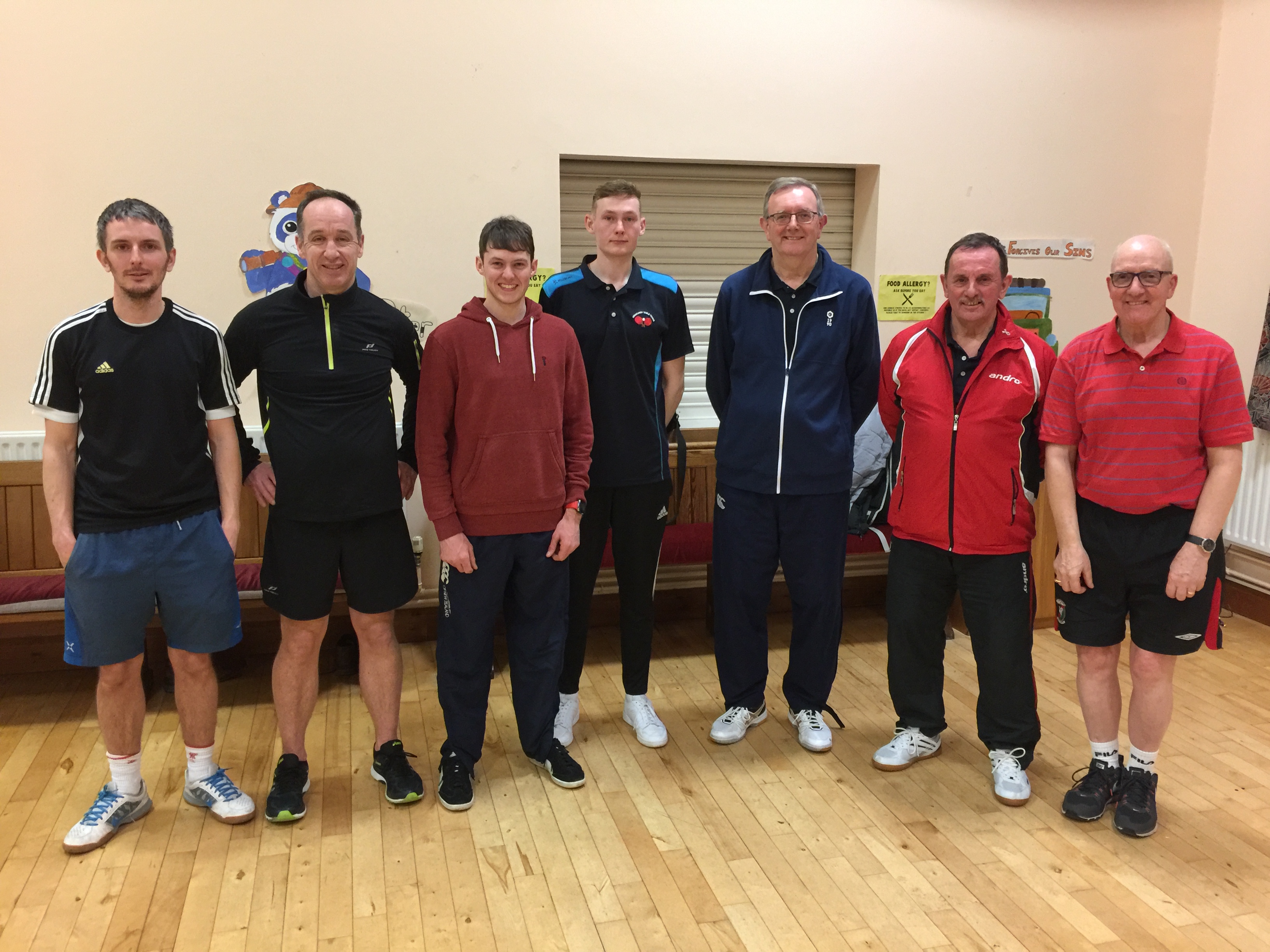 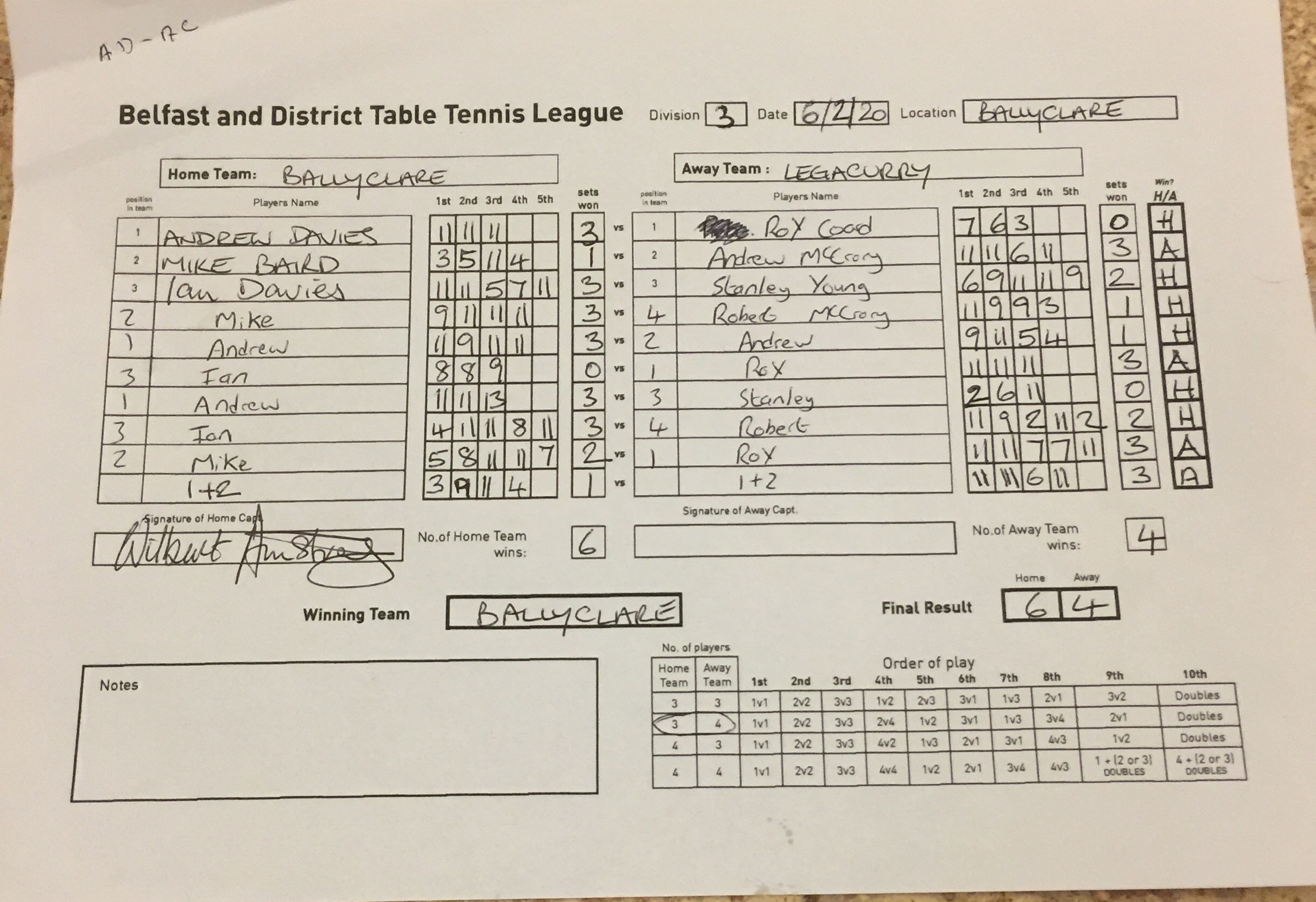