Tonight we saw Ballyclare A take on Craigavon B at home in Division 3 of the Belfast and District Table Tennis League. The match ended with a score line of Ballyclare A (6) and Craigavon B (4). The format for the match was a 4 Vs 3 player format.

Wilbert Armstrong reporting on the match said “Congratulations to both teams on a very tight competitive match. The stars of the night for Ballyclare were Andrew and Jessica, both winning all their singles. Jessica in particular had a really good 3-1 win over the big hitting Arunas and then followed that with a very tight 5 set win over Aedan. Well done to both teams and best wishes to Craigavon for the rest of the season.”

For the doubles Ballyclare A decided to play Andrew & Jessica

On the Away Side Craigavon B sent a team consisting of:

For the doubles Craigavon B had Joe & Aedan joining forces to take on the hosts.

With the match card now fully completed the final score of Ballyclare A (6) and Craigavon B (4) was recorded. 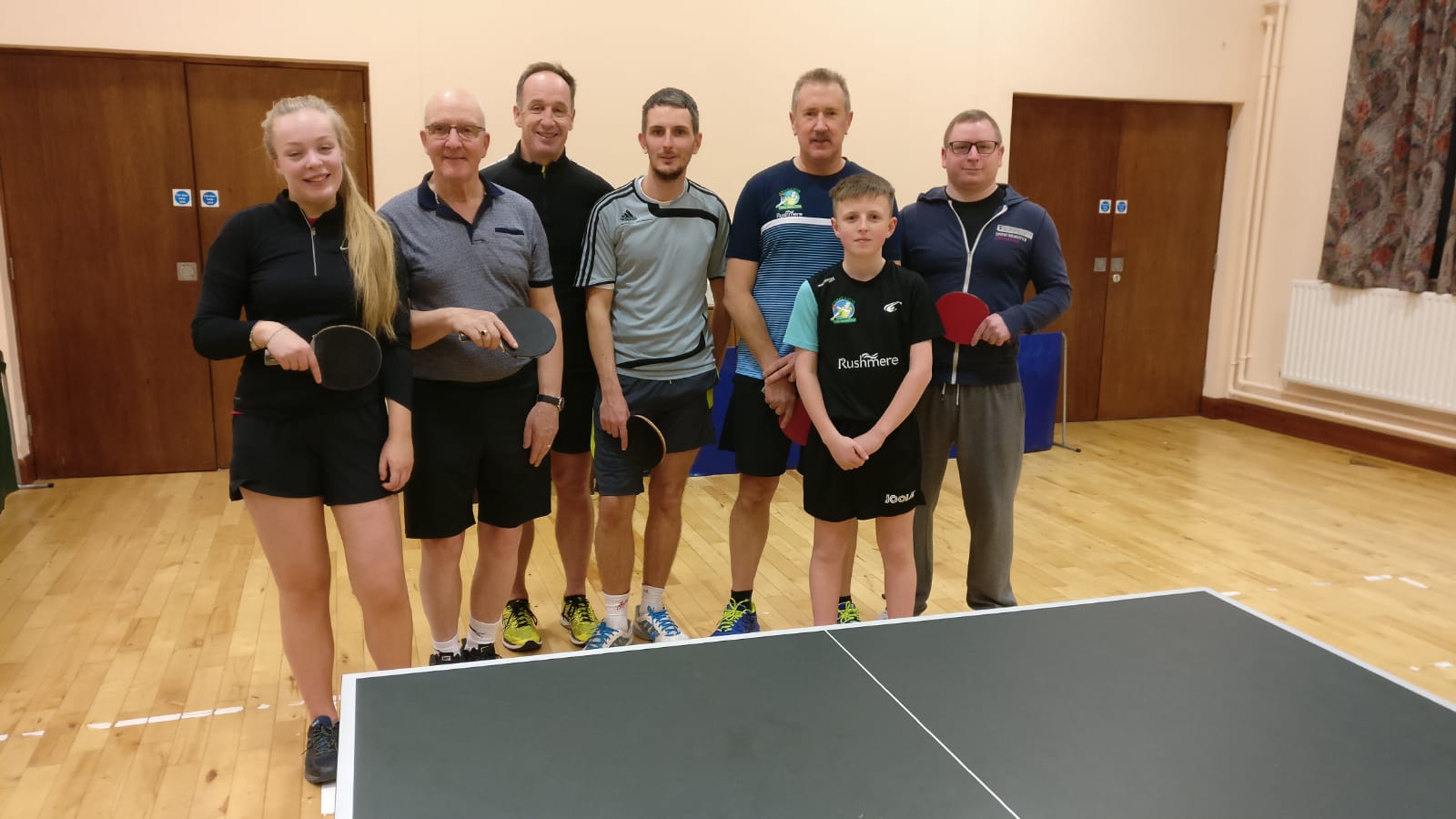 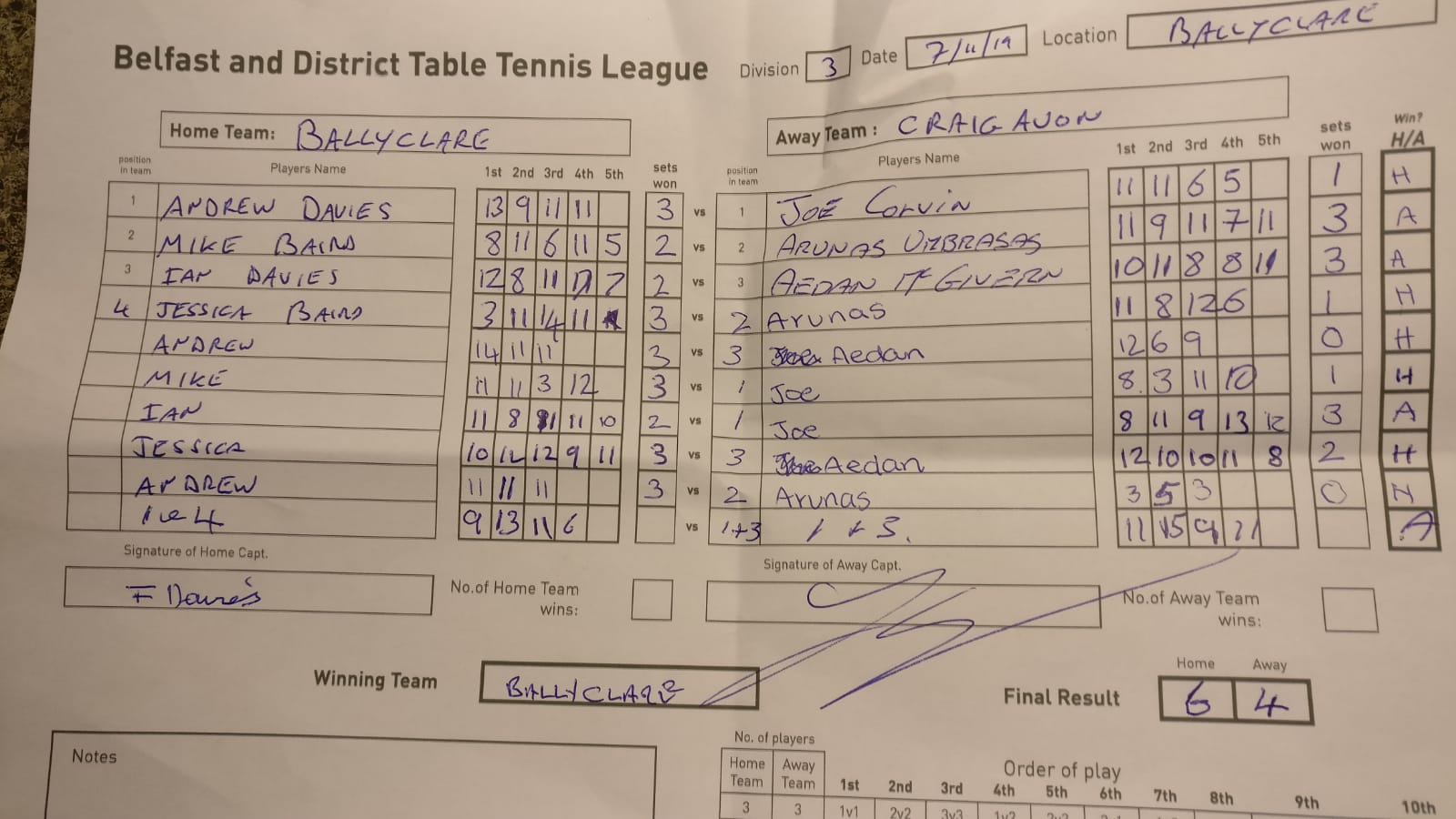