Tonight we saw Ballyclare A take on Banbridge at home in Division 3 of the Belfast and District Table Tennis League. The match ended with a score line of Ballyclare A (7) and Banbridge (3). The format for the match was a 4 Vs 3 player format.

Wilbert Armstrong reporting on the match said “Thanks to Banbridge for a very competitive match. The first match was very tight with William just losing out in the fifth to Andrew. Mike then followed that up with a hard fought 3-1 win over Arnold and when Wilbert took out Jimmy 3-0 it looked like the home side were cruising to victory. Banbridge battled valiantly but came out on the end of a 7-3 defeat. Andrew and Mike were the stars of a great team performance from Ballyclare. William was unlucky for Banbridge not to come away with a few more wins.
Thanks to Banbridge for a good natured, enjoyable match.”

For the doubles Banbridge had Arnold Morgan & William Humphrey joining forces to take on the hosts.

With the match card now fully completed the final score of Ballyclare A (7) and Banbridge (3) was recorded. 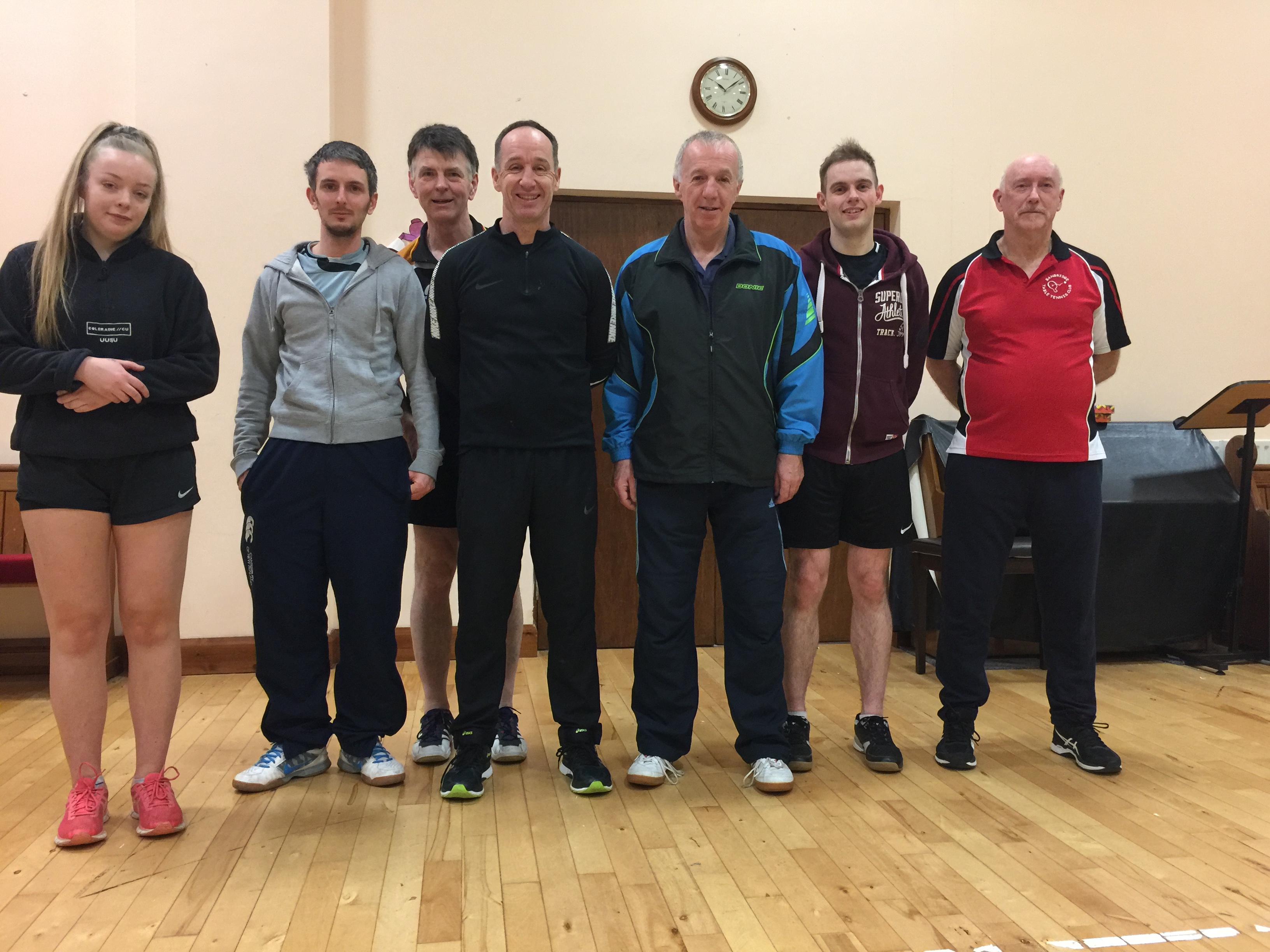 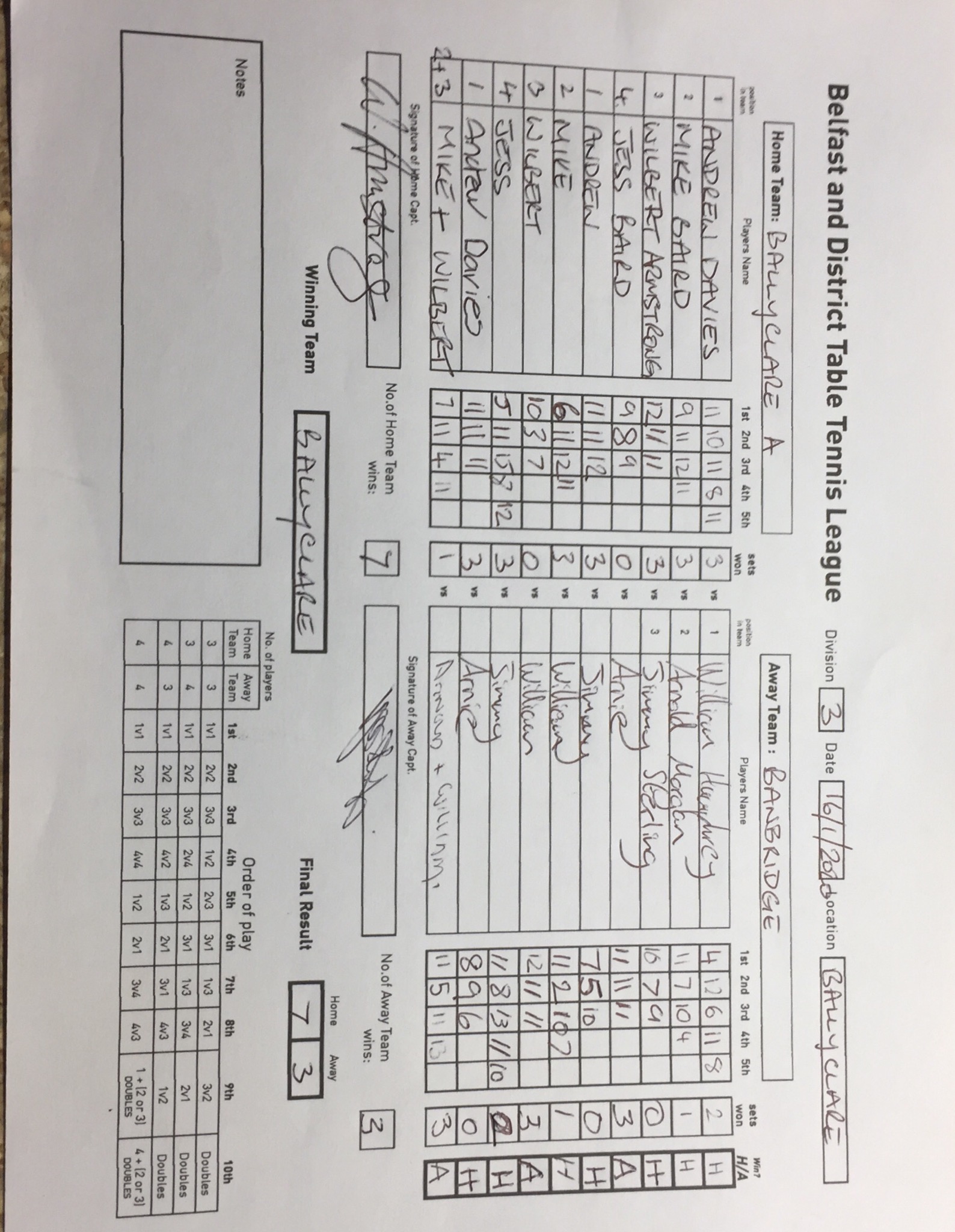