Tonight we saw Ballyholme take on Kingsland at home in Division 4 of the Belfast and District Table Tennis League. The match ended with a score line of Ballyholme (10) and Kingsland (0). The format for the match was a 4 Vs 3 player format.

Paul Clarke reporting on the match said “The 10-0 score hides the fact that there were a fair number of close sets and Rossy of Kingsland won 4 sets and was 2-0 up in his first game, 1-0 up in his second and was at 1-1 in his third. The number ones (Albert and Ross) were unavailable which gave other players a chance to play – John Jones made his debut for Ballyholme and was pleased with winning his 2 singles and the doubles.”

For the doubles Ballyholme decided to play Ray & John

For the doubles Kingsland had Bella & Ann joining forces to take on the hosts.

With the match card now fully completed the final score of Ballyholme (10) and Kingsland (0) was recorded. 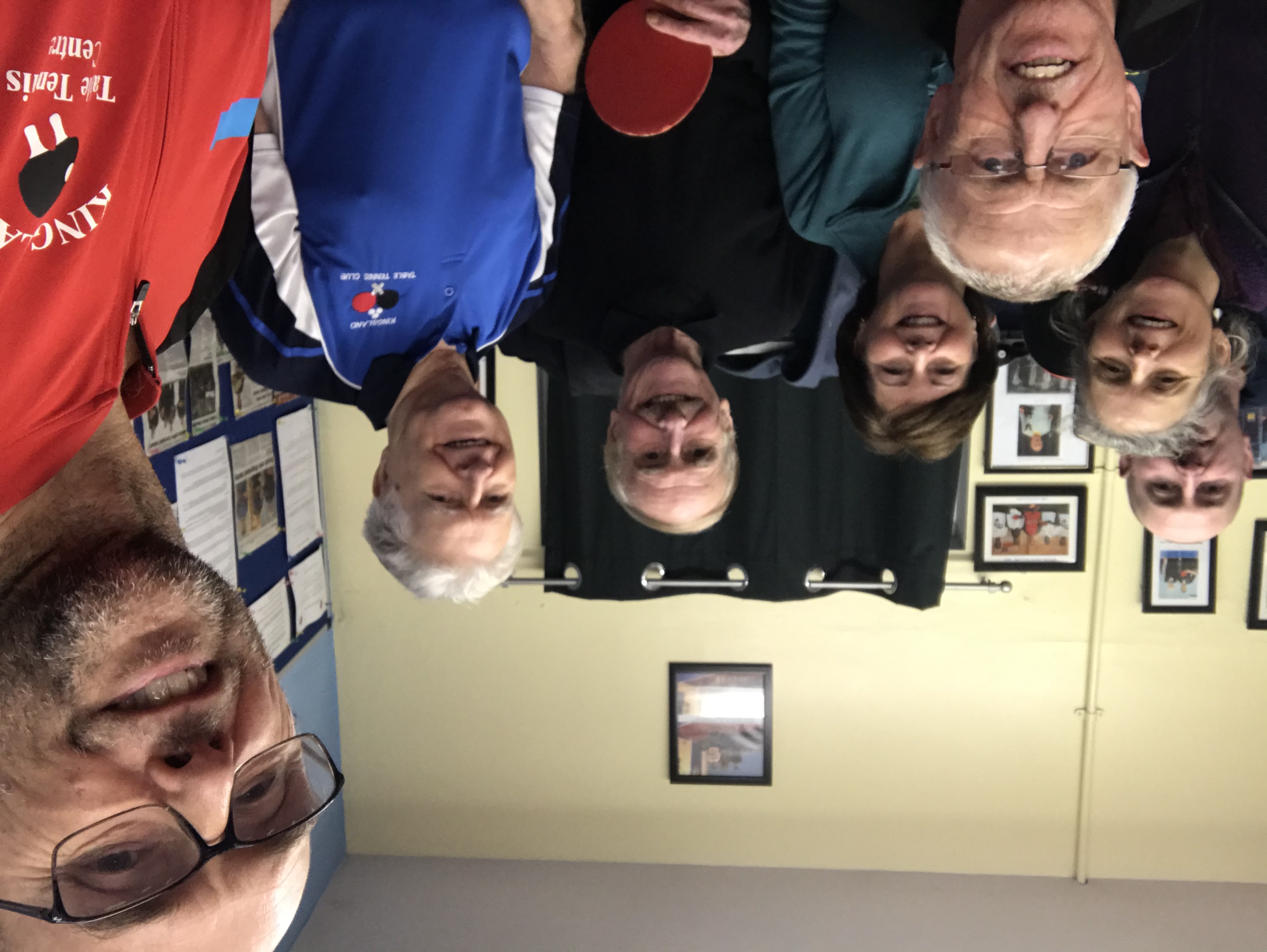 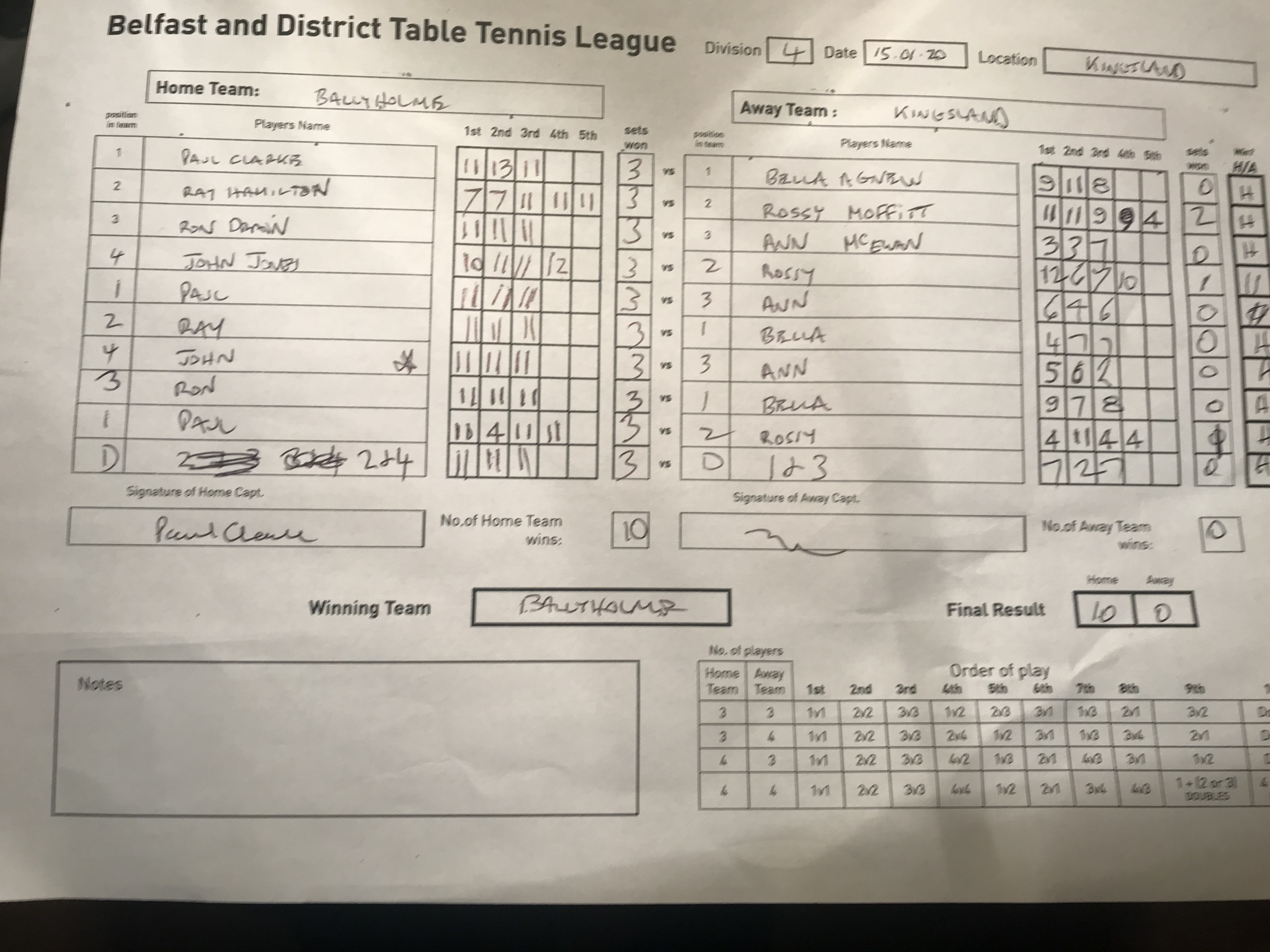