Tonight we saw Ballyholme take on Banbridge at home in Division 4 of the Belfast and District Table Tennis League. The match ended with a score line of Ballyholme (8) and Banbridge (2). The format for the match was a 4 Vs 3 player format.

Paul Clarke reporting on the match said “An entertaining clash with 8-2 being a little flattering for the home team as they took both matches that went to 5 sets. Although the single table approach caused a late finish it also inspired a great, and at times raucous, atmosphere with the match between Paul and Ray having a background of a football match noise! Albert, dropping only one set, was man of the match. Ballyholme, with all their matches now complete, remain favourites to finish 2nd in the division although the young Ormeau team could still catch them as they have 3 matches to play.”

For the doubles Ballyholme decided to play Ray & Paul

For the doubles Banbridge had John & Ray joining forces to take on the hosts.

With the match card now fully completed the final score of Ballyholme (8) and Banbridge (2) was recorded. 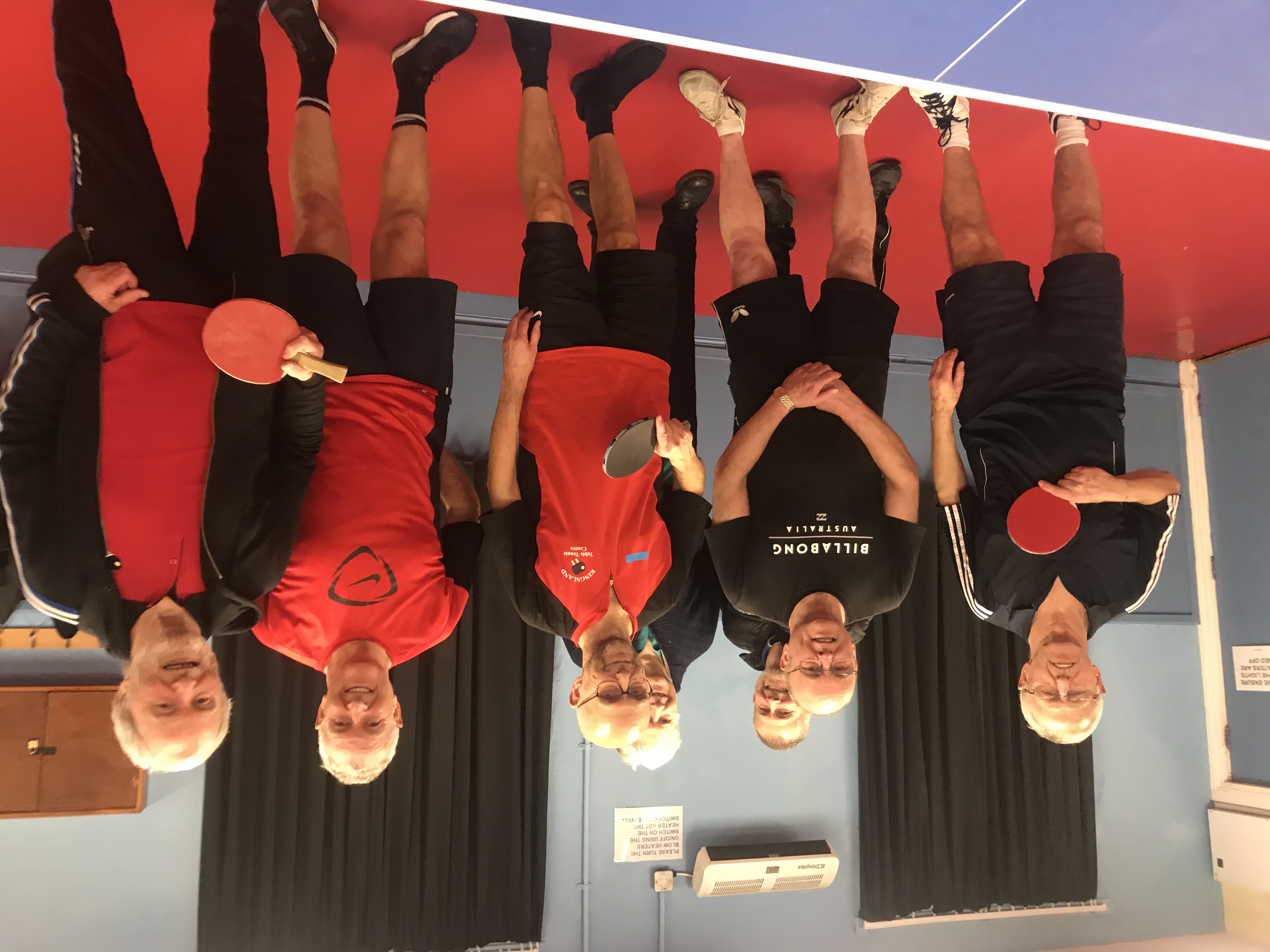 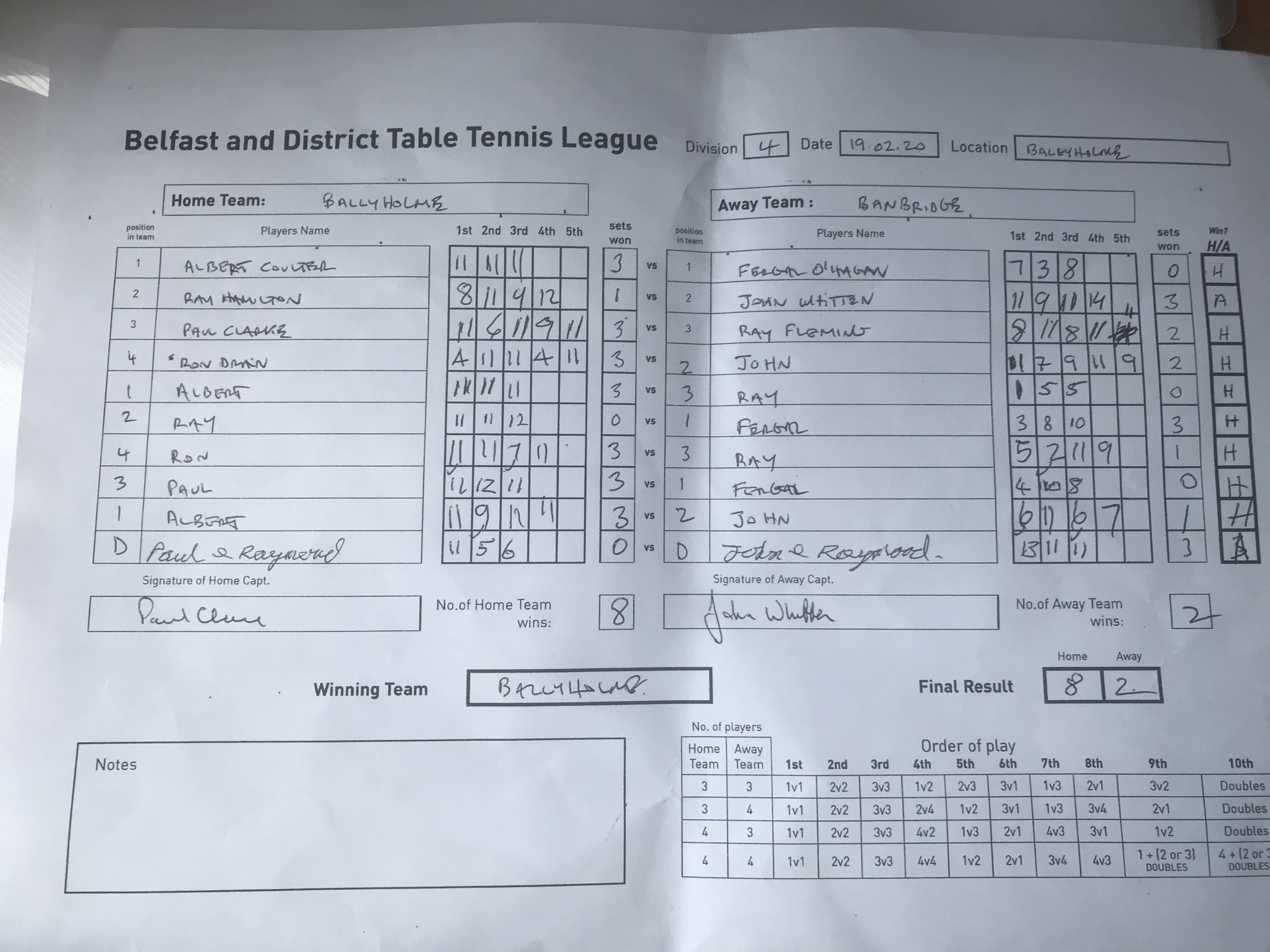