Tonight we saw Ballyholme take on Carnmoney at home in Division 4 of the Belfast and District Table Tennis League. The match ended with a score line of Ballyholme (8) and Carnmoney (2). The format for the match was a 4 Vs 4 player format.

Paul Clarke reporting on the match said “After a 5-5 draw in the pre-Christmas match between these two teams this one was expected to be another close encounter. After 4 matches that’s exactly the way it looked with the score 2-2 and each match going to at least 4 sets. So therefore it was a shock that Carnmoney didn’t win a set in the remaining 6 matches and it certainly didn’t reflect the closeness of the overall contest.”

For the doubles Ballyholme decided to play Albert Coulter with amp; Ray & Paul with Ron Drain

For the doubles Carnmoney had Ken with amp; George & Ryan with Ted joining forces to taken on the hosts.

With the match card now fully completed the final score of Ballyholme (8) and Carnmoney (2) was recorded. 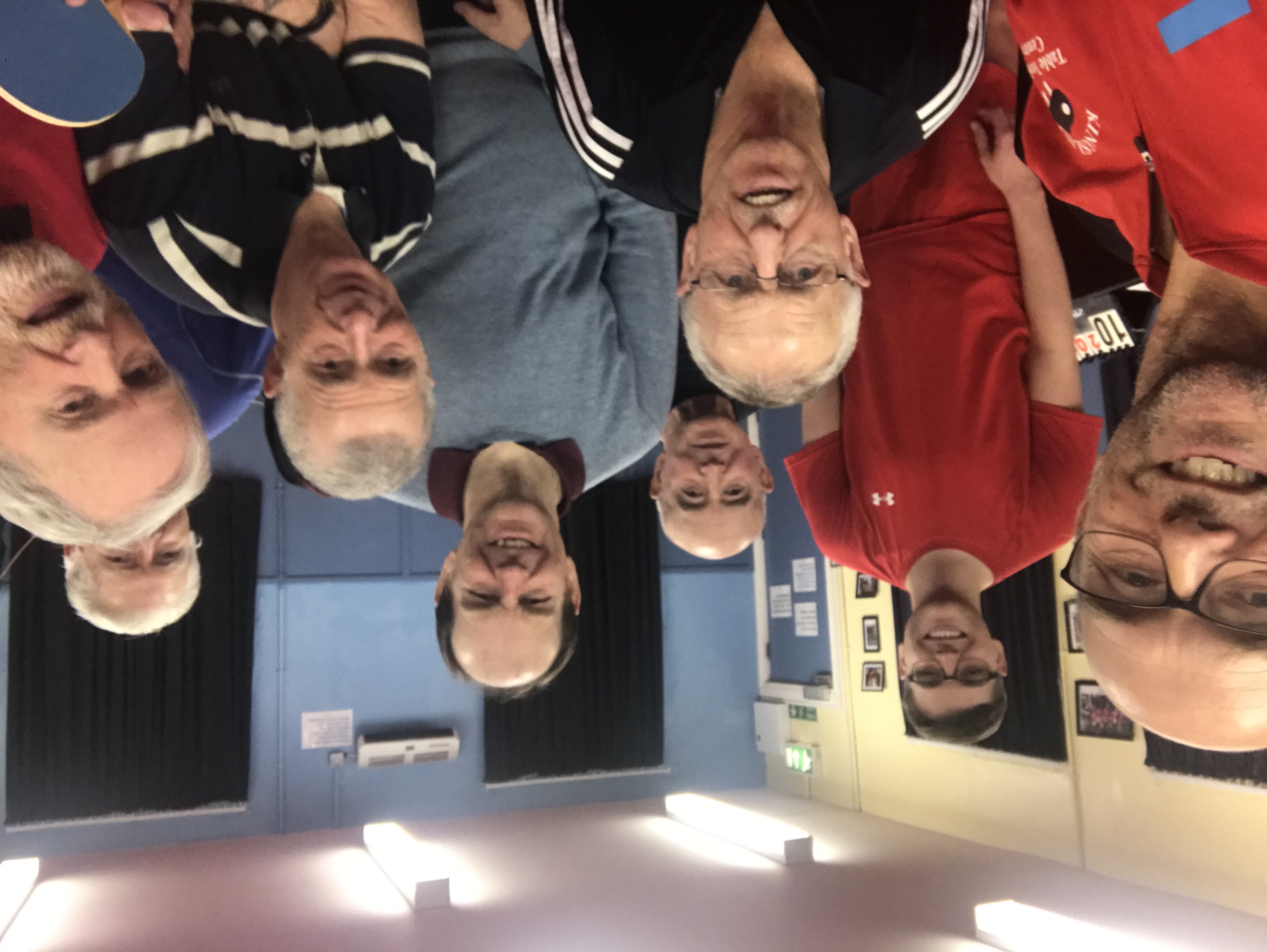 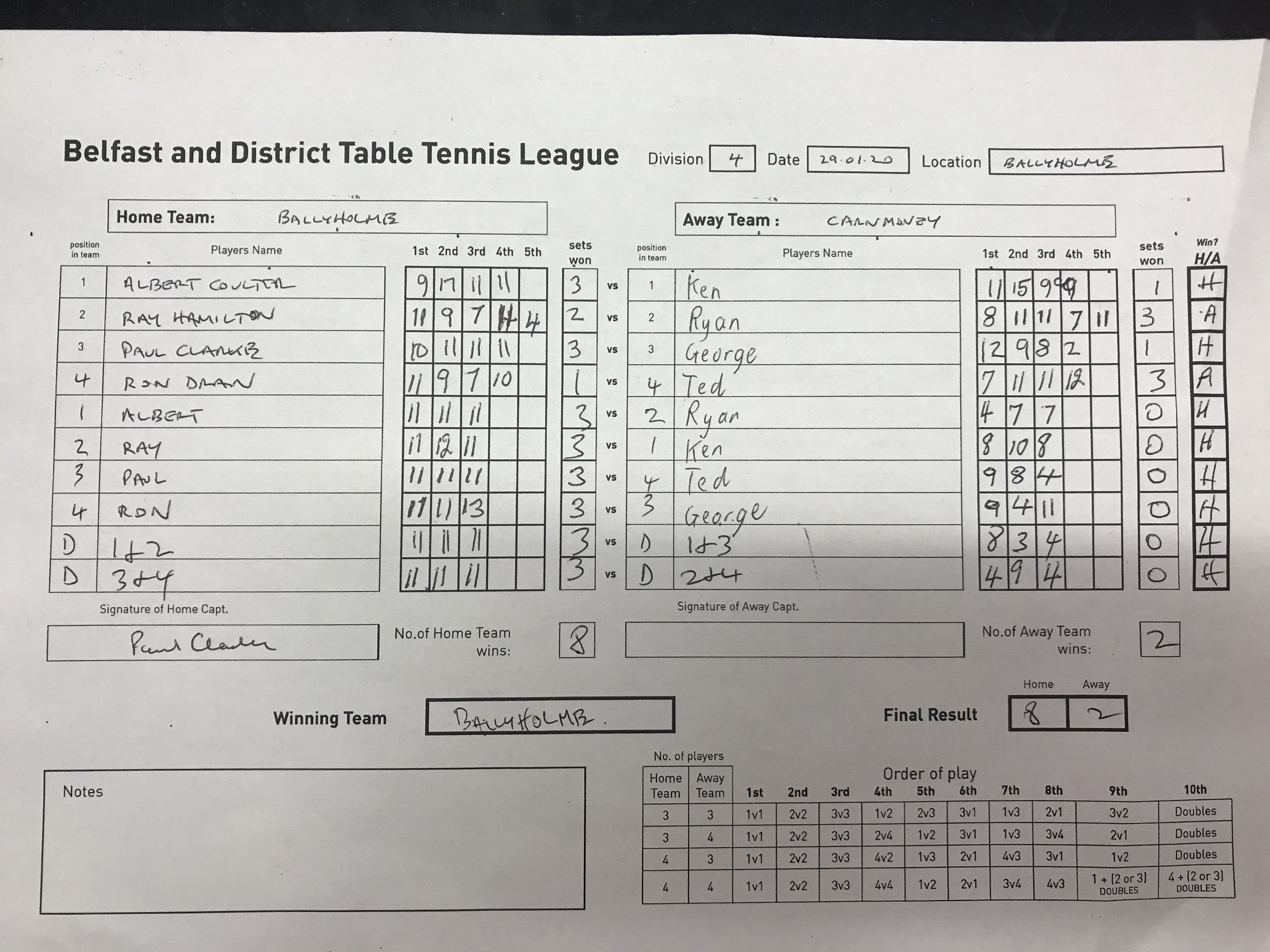