Tonight we saw Banbridge take on Ballyclare at home in Division 4 of the Belfast and District Table Tennis League. The match ended with a score line of Banbridge (7) and Ballyclare (3). The format for the match was a 4 Vs 3 player format.

Rodney Simmons reporting on the match said “End to the season match for Banbridge against a young talented Ballyclare team with a lot of potential. Banbridge with home advantage started early winning 4 out of the first 5 matches. On the night Rodney and Fergal both winning all their matches. Roll on next season as both teams would like to improve their leauge positions.”

The players that were fielded for the Home Team Banbridge in their playing order were:

For the doubles Banbridge decided to play Rodney & Fergal

On the Away Side Ballyclare sent a team consisting of:

For the doubles Ballyclare had Alex & Sebastian joining forces to take on the hosts.

With the match card now fully completed the final score of Banbridge (7) and Ballyclare (3) was recorded. 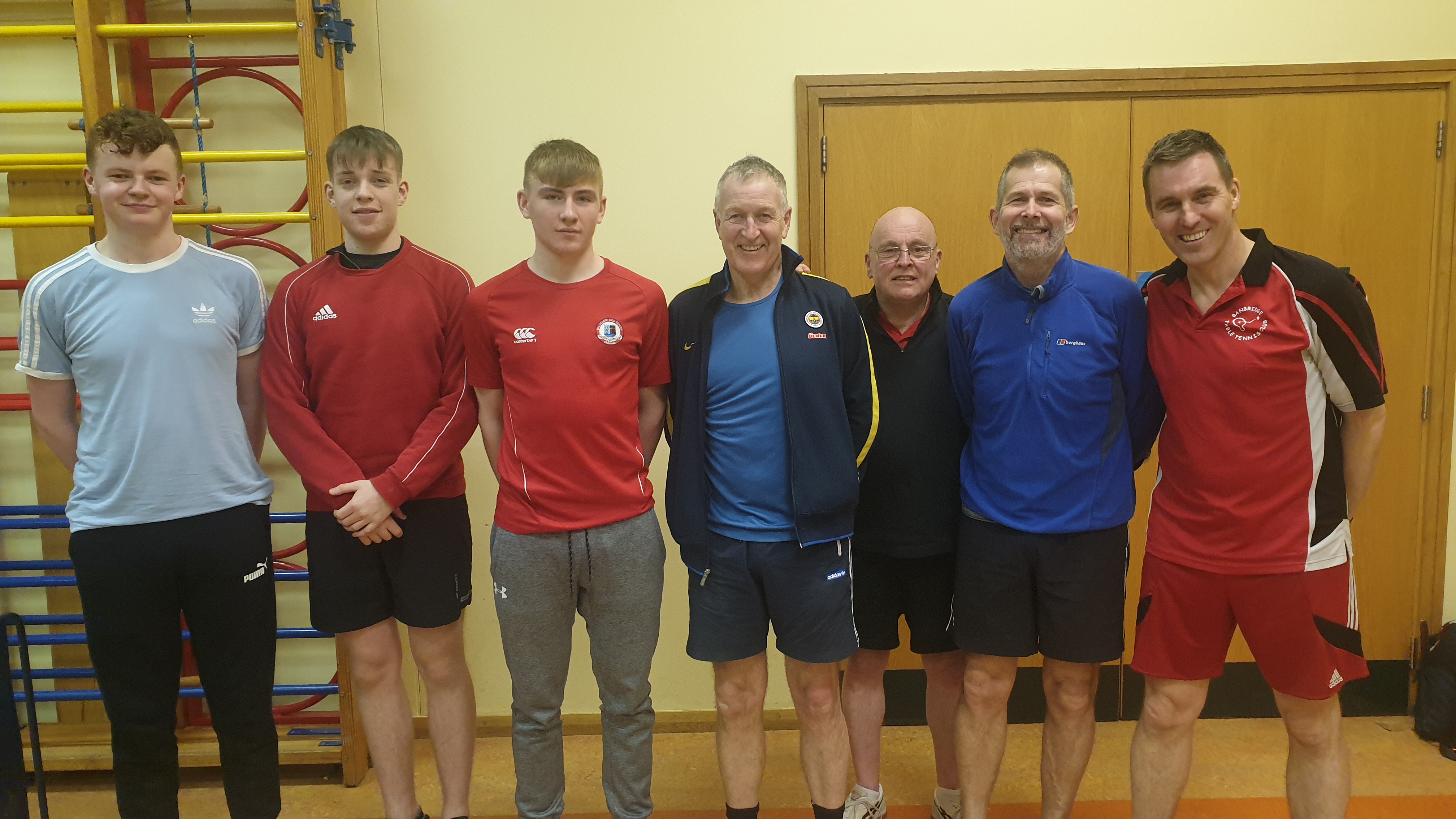 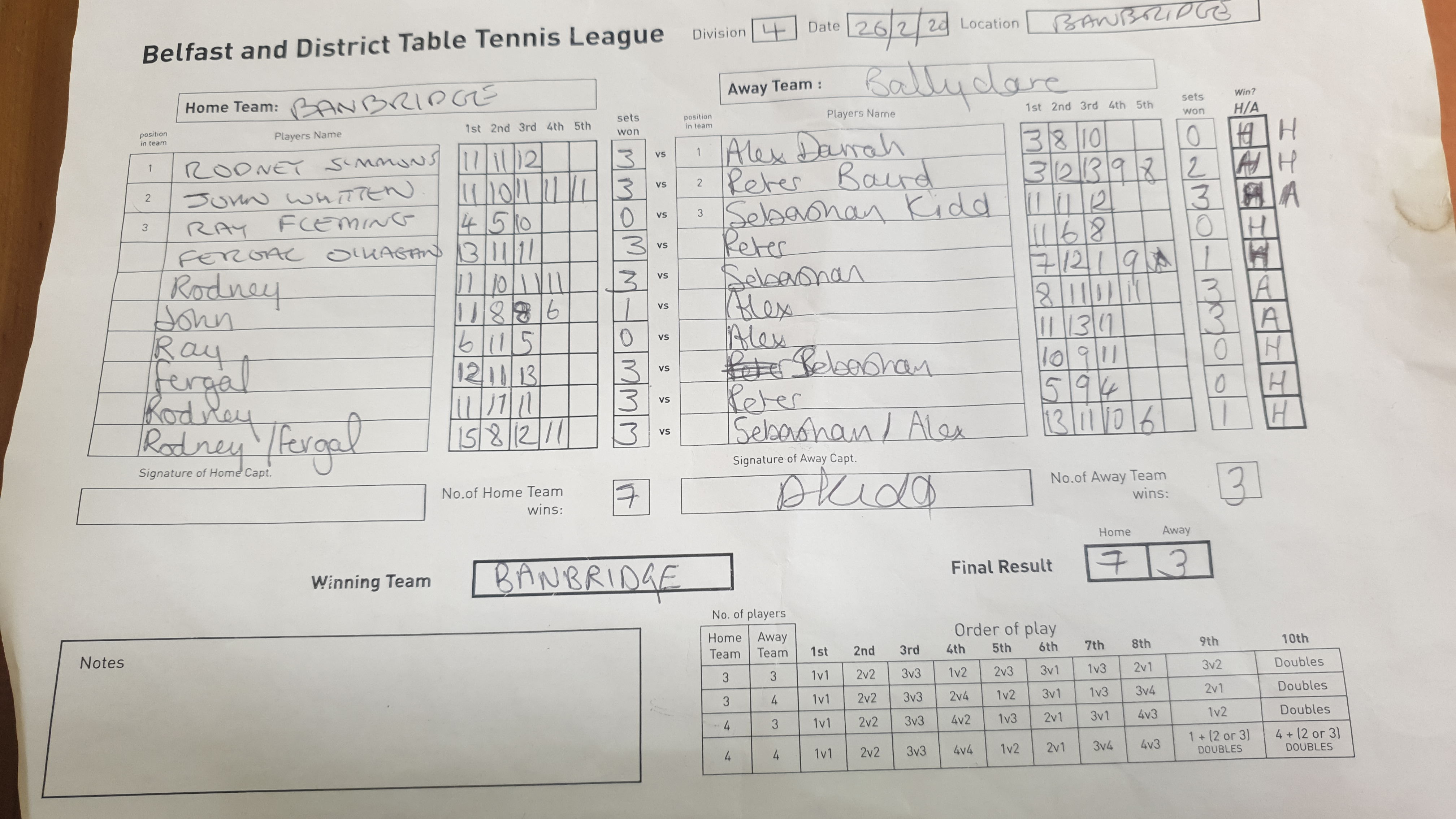