Tonight we saw Bangor take on Glenburn B at home in Division 2 of the Belfast and District Table Tennis League. The match ended with a score line of Bangor (3) and Glenburn B (7). The format for the match was a 3 Vs 3 player format. Steve Hughes reporting on the match said “Andy managed to get Glenburn off to a good start with a 3-0 win over Mark. For the home team David,one of three left-handers, met the inform Erin and came through in 4 sets. Steve then put the away team 2-1 up with a good win over John. Next was Erin against Mark, and she played really well to overcome him in 3 sets. David then won his next match against Steve again in 4 sets before John took Andy all the way but lost 7-11 in the final set. Steve and Mark had their usual battle with Steve getting a rare win. Glenburn were 5-2 up at this stage but David was in great form to beat Andy in 4 sets and give him a well earned maximum of 3/3 in the singles. He admitted afterwards this was his first win against Andy for about 10 years! Erin produced some brilliant attacking play to win against John. In the doubles Mark and David took on Andy and Erin who managed to keep their 100% record as a partnership to beat Bangor in 4 sets and a hard earned 7-3 victory for the visitors.

The match was almost certainly Andy’s last match as he hopes to leave in December to join his wife in Florida. On a personal note I have played with him if memory serves me for 13/14 years. During that time I have never once seen him lose his temper. He has always played the game with respect for his opponents and a smile on his face. I am really going to miss him and wish him well in his new life. Anyone who knows Andy might wish to pass on their best wishes using this forum.”.

The players that were fielded for the Home Team Bangor in their playing order were:

On the Away Side Glenburn B sent a team consisting of:

For the doubles Glenburn B had Andy Loane & Erin Thompson joining forces to take on the hosts.

With the match card now fully completed the final score of Bangor (3) and Glenburn B (7) was recorded. 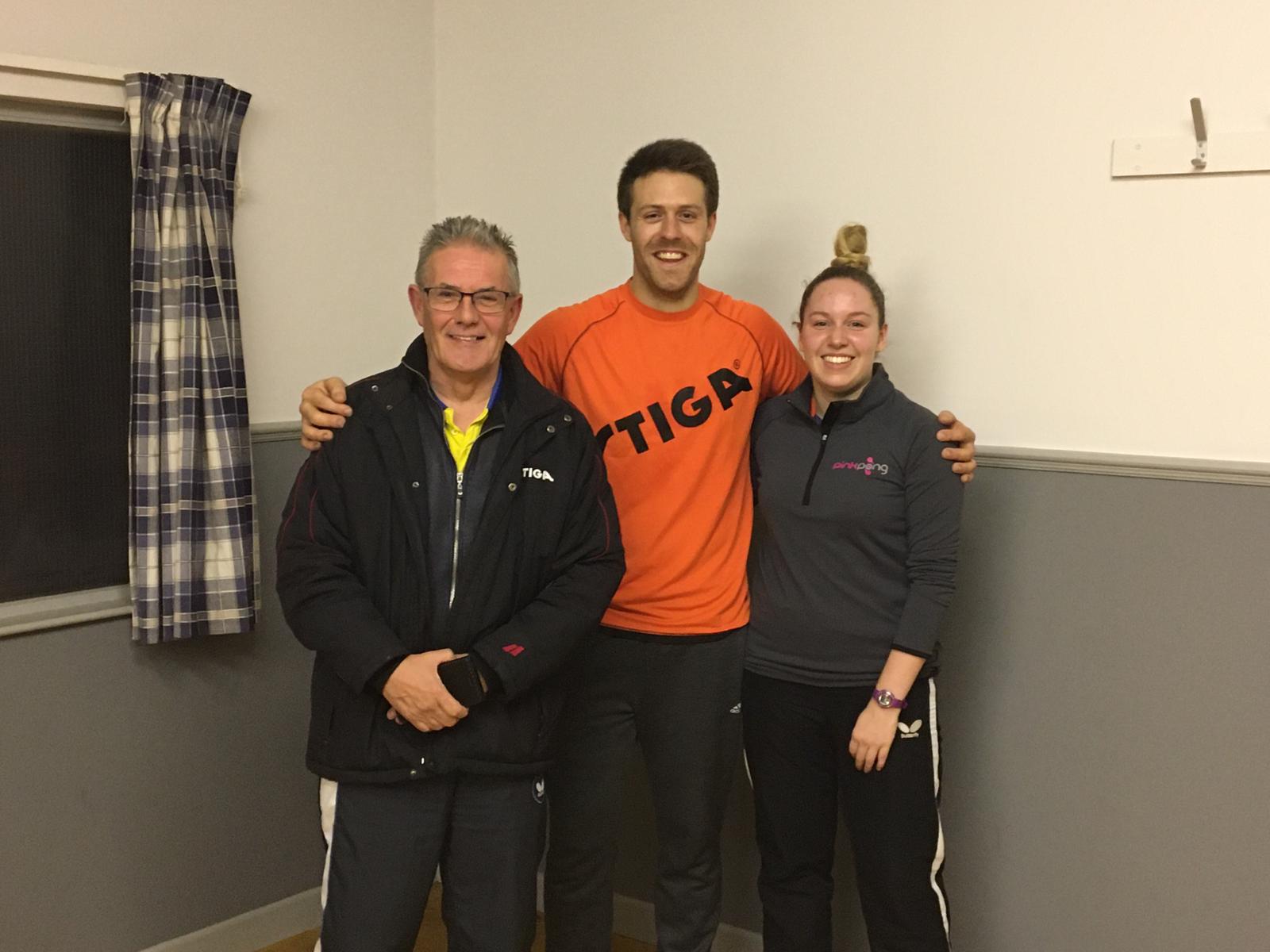 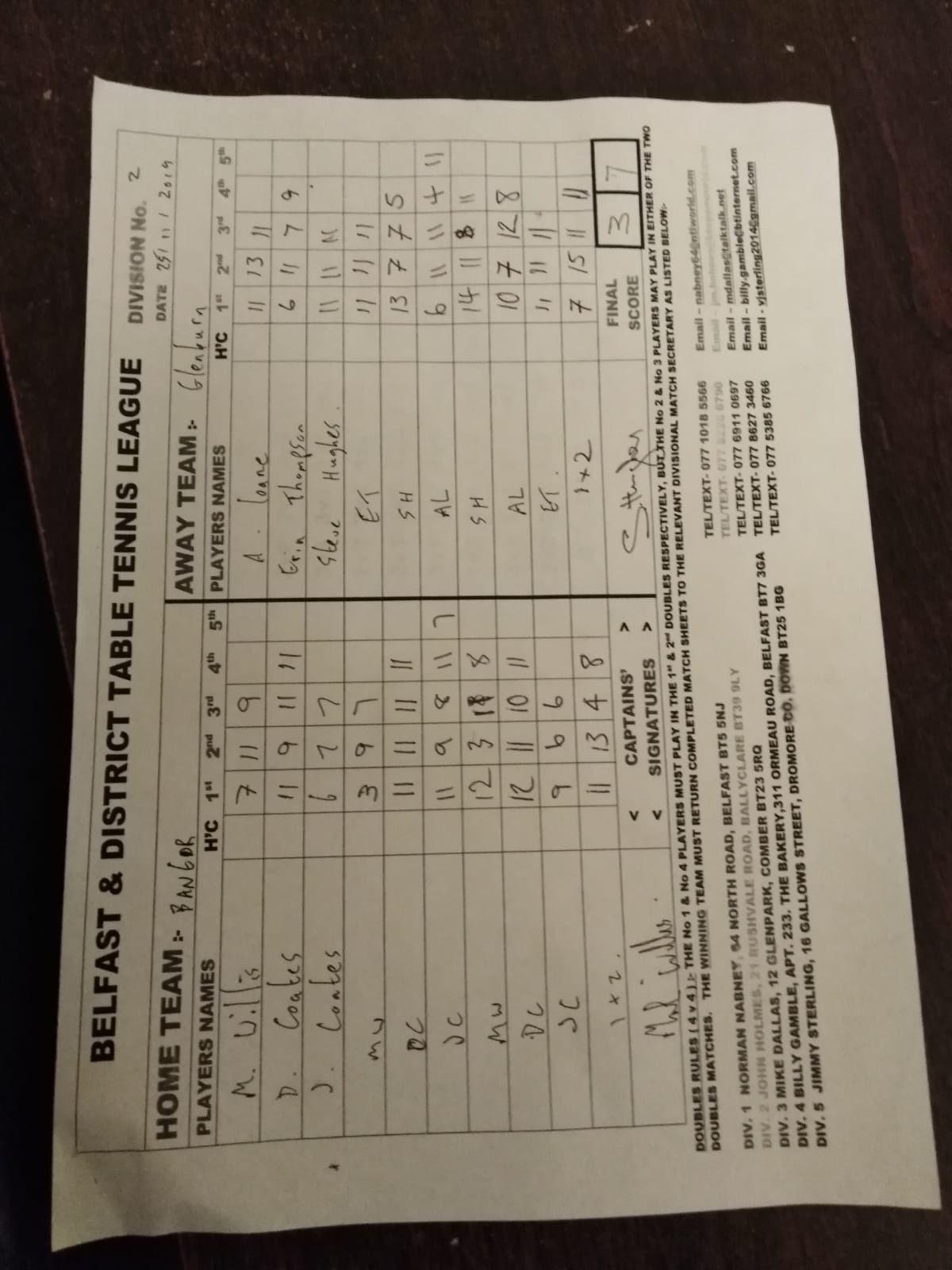