Tonight we saw Carnmoney take on Banbridge at home in Division 4 of the Belfast and District Table Tennis League. The match ended with a score line of Carnmoney (4) and Banbridge (6). The format for the match was a 3 Vs 4 player format.

Rodney Simmons reporting on the match said “Tight match with Banbridge winning 6-4 in the final game. Excellent performance from Fergal O’Hagan making his leauge debut winning all 3 of his matches. Performance with a lot of potential.”

For the doubles Banbridge had Rodney & Fergal joining forces to take on the hosts.

With the match card now fully completed the final score of Carnmoney (4) and Banbridge (6) was recorded. 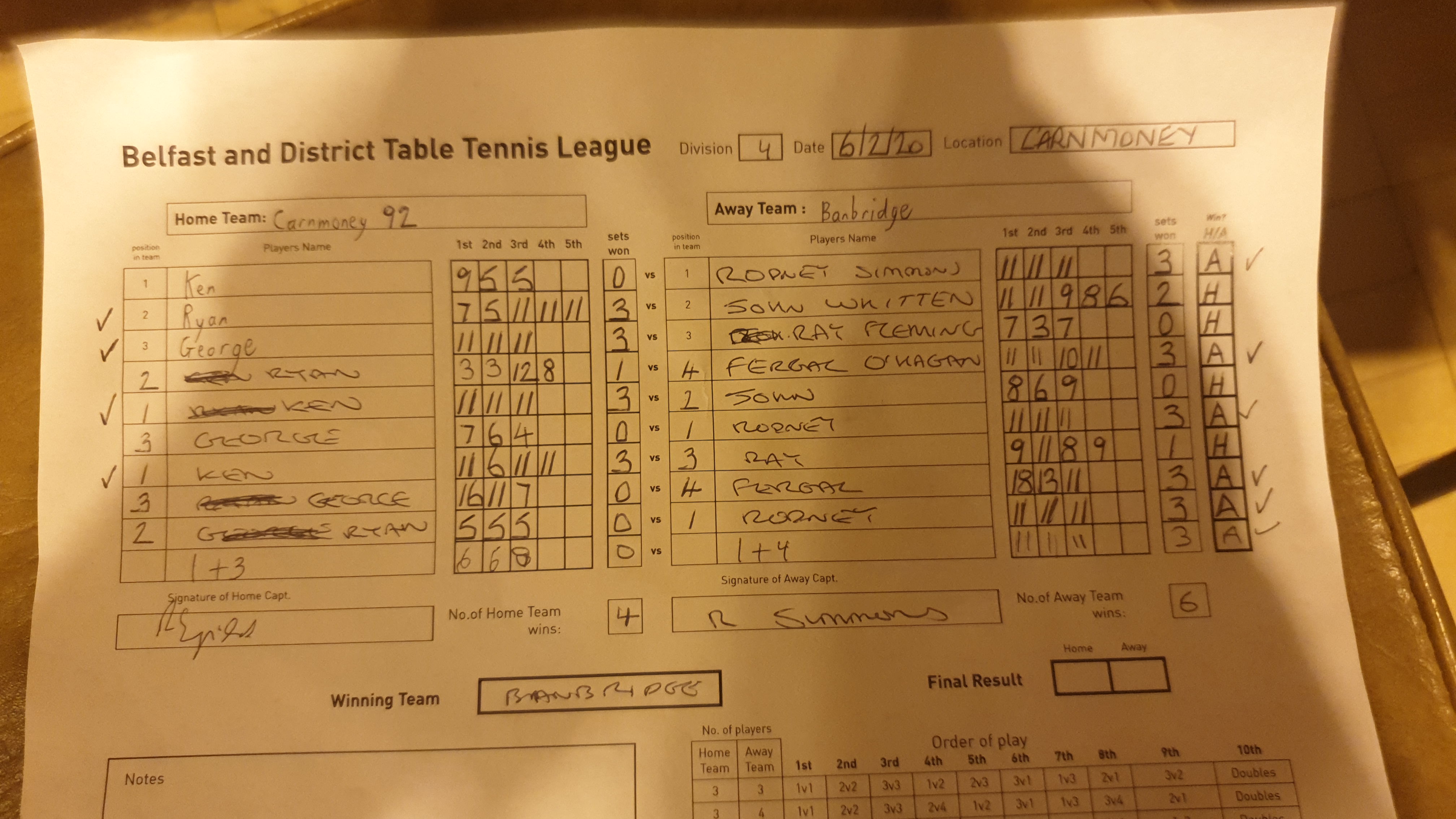