Tonight we saw Carnmoney take on Ballyholme at home in Division 4 of the Belfast and District Table Tennis League. The match ended with a score line of Carnmoney (5) and Ballyholme (5). The format for the match was a 3 Vs 4 player format.

Paul Clarke reporting on the match said “Ballyholme were hoping to make it 4 wins out of 4 to keep on the coat tails of Wellington at the top of division 4 but a 5-5 draw leaves them 7 points behind the Ballymena team. In fact Ballyholme were relieved to leave Mallusk with a draw as they played catch-up through the whole match against a very consistent Carnmoney team. Despite Albert beating the impressive attacker Ken 11-5 11-5 in two sets of the opening match Ken managed to still win 3-2. When Ray lost 3-1 in close sets against George surely Ballyholme would have accepted a draw? Paul and Ron fought hard against Ted and George respectively to bring the overall match score level to 2-2. Carnmoney went ahead again via Ken beating Ray 3-0 then Albert came from behind several times against Ted, winning the 4thand 5th sets both12-10. Man of the match Ken made short shrift of Paul and Ted beat Ron also 3-0 to put Carnmoney on the edge of victory. However Albert beat George 3-0 to keep the match alive, Albert and Ray, despite losing the 1st set in the doubles, went on to win the final match of the night to earn Ballyholme a draw. Ballyholme now wait with baited breath to host Wellington next week, a team who have made 8-2 their normal scoreline this season!”

For the doubles Ballyholme had Albert & Ray joining forces to take on the hosts.

With the match card now fully completed the final score of Carnmoney (5) and Ballyholme (5) was recorded. 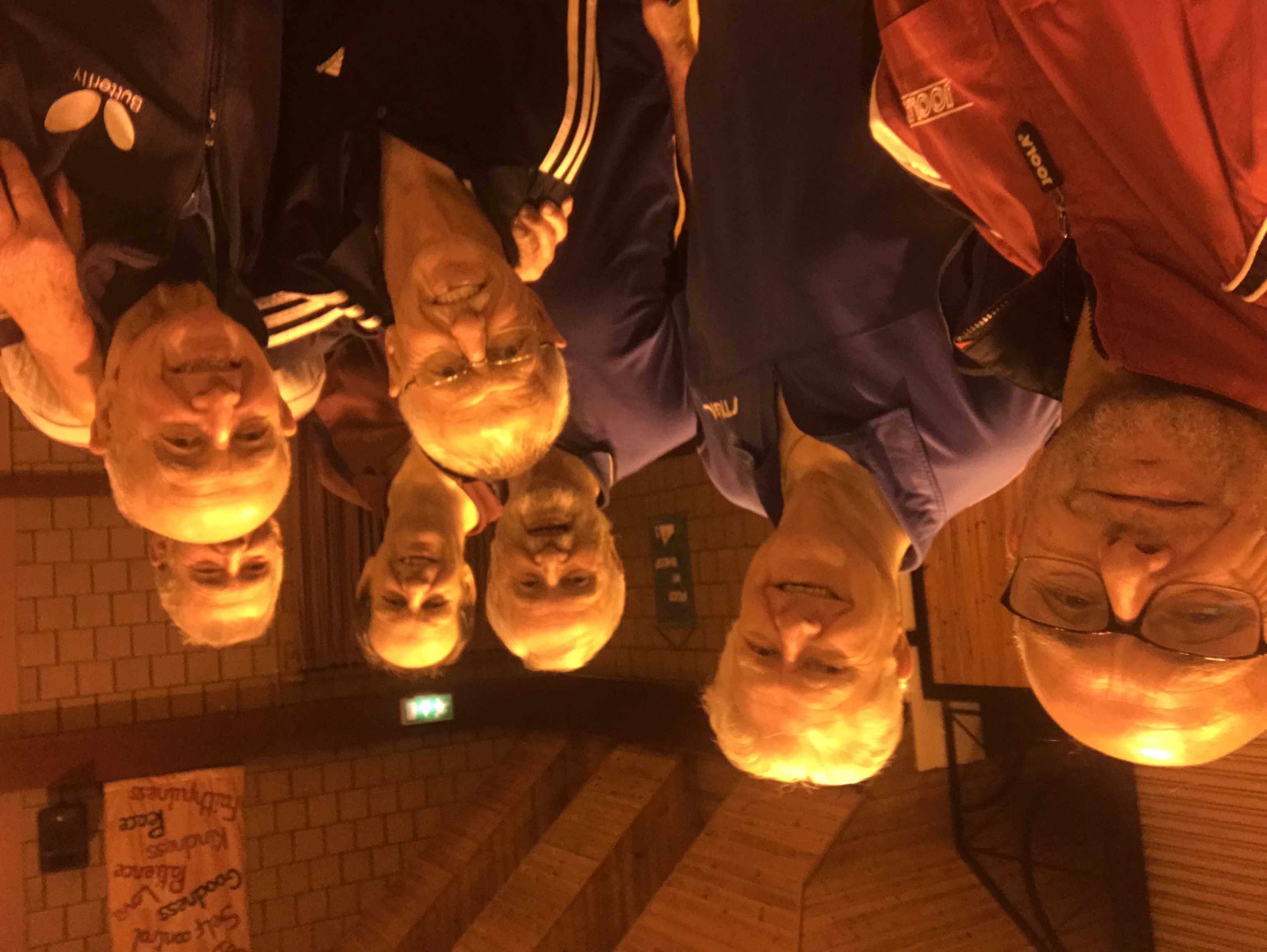 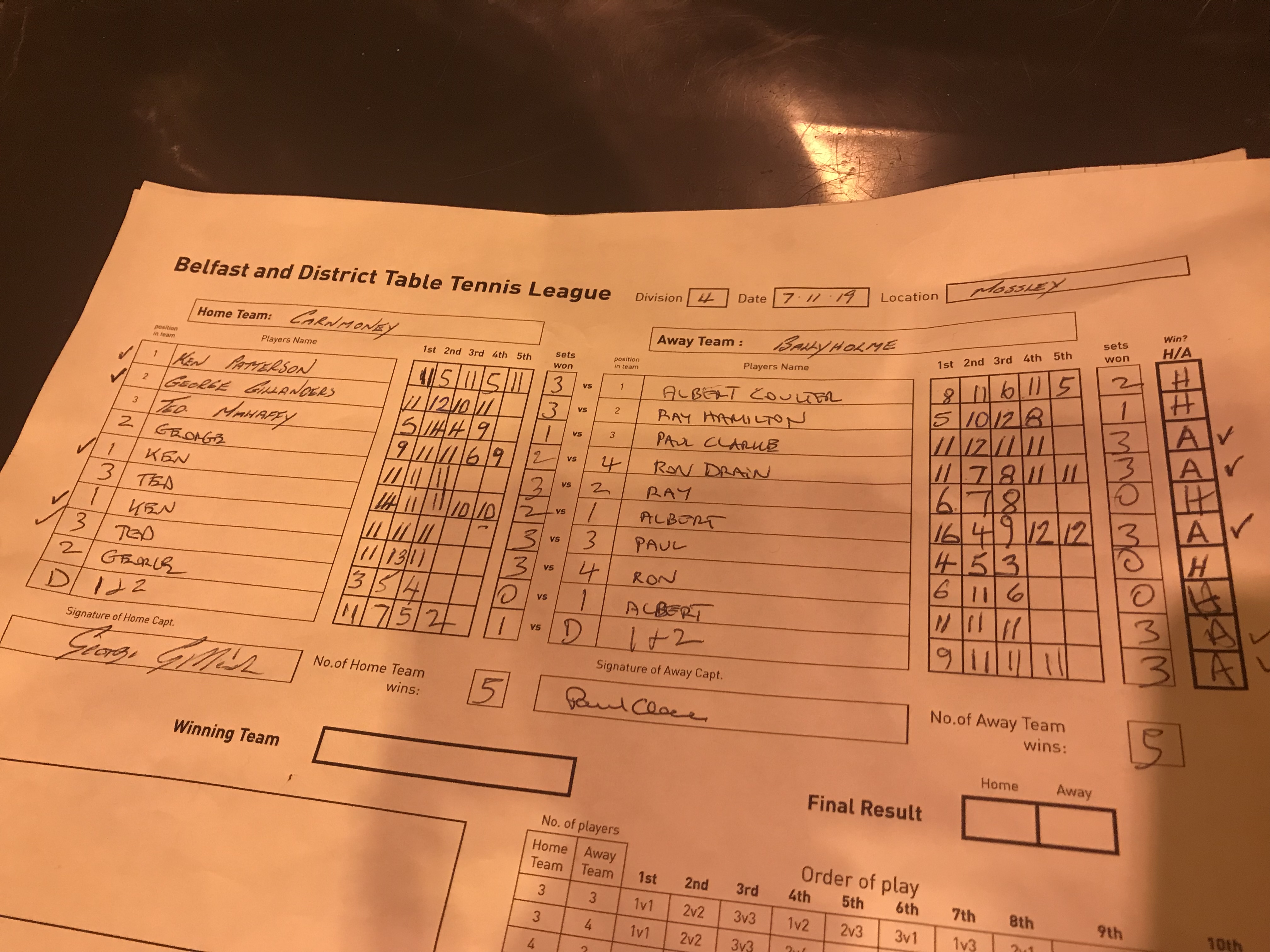