Tonight we saw Civil Service take on Queens at home in Division 5 of the Belfast and District Table Tennis League. The match ended with a score line of Civil Service (5) and Queens (5). The format for the match was a 4 Vs 4 player format.

John Woods reporting on the match said “A very competitive match with Queens getting off to a flying start leading 4-2. Civil Service made a fight of it levelling the scores at 4-4 with only the doubles to play. Queens won the first doubles match but again Civil Service held their nerve to win the second doubles match and grab a well earned draw.”

The players that were fielded for the Home Team Civil Service in their playing order were:

On the Away Side Queens sent a team consisting of:

For the doubles Queens had Nicola Xu with amp; Michael Allen & Mel O’Hagan with Sam Holst joining forces to taken on the hosts.

With the match card now fully completed the final score of Civil Service (5) and Queens (5) was recorded. 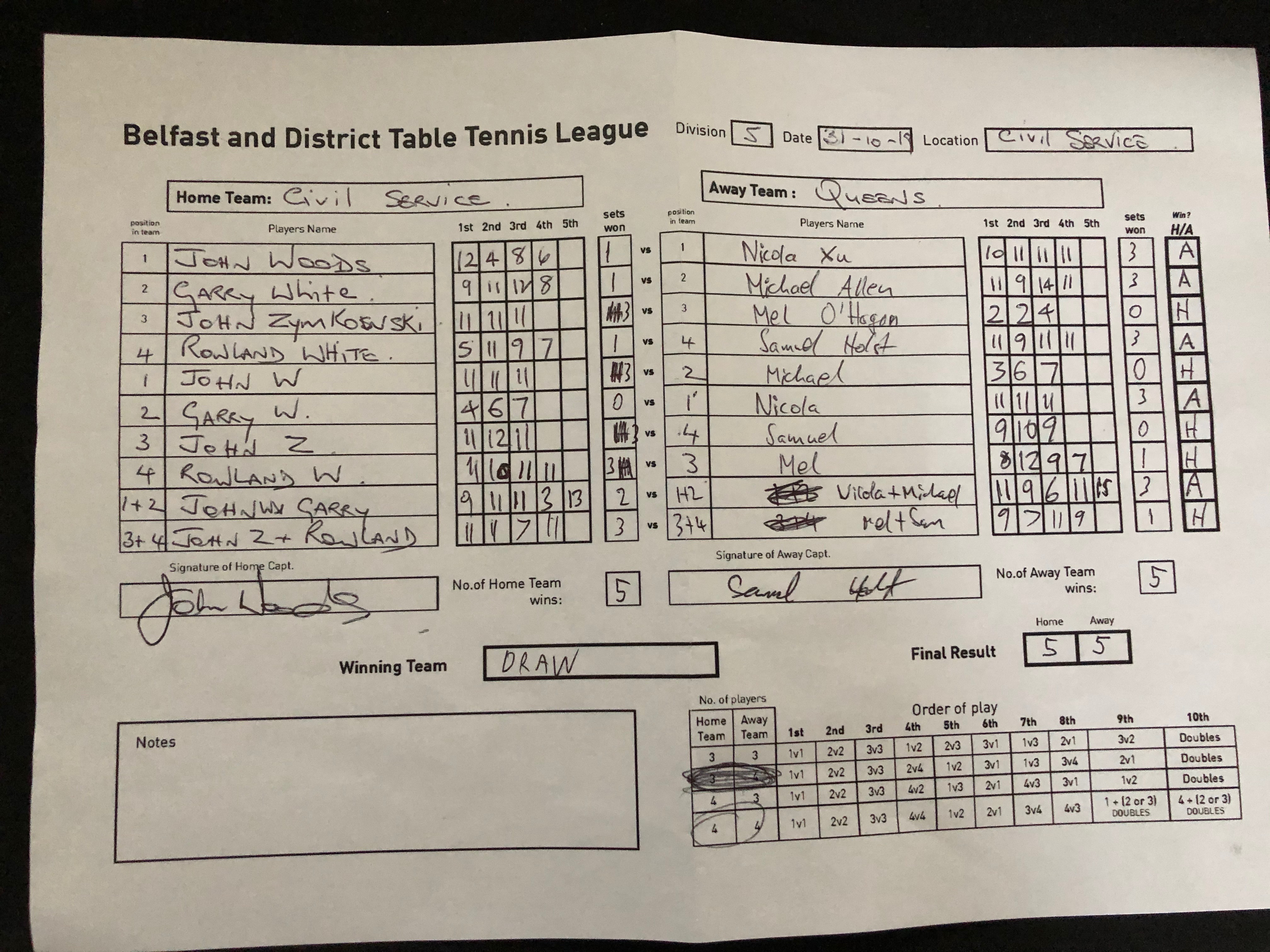