Tonight we saw Civil Service A take on St Anne’s at home in Division 2 of the Belfast and District Table Tennis League. The match ended with a score line of Civil Service A (4) and St Anne’s (6). The format for the match was a 4 Vs 4 player format.

Mark Irwin reporting on the match said “A close and sporting match with 44 sets played out of a possible 50. Always a pleasure to visit Civil Service.”

The players that were fielded for the Home Team Civil Service A in their playing order were:

For the doubles Civil Service A decided to play Syd Beasant with amp; Mervyn Oswald & Maurice Rooney with Ben Watson

On the Away Side St Anne’s sent a team consisting of:

For the doubles St Anne’s had David Irwin with amp; Tom Irwin & Daniel Irwin with Mark Irwin joining forces to taken on the hosts.

With the match card now fully completed the final score of Civil Service A (4) and St Anne’s (6) was recorded. 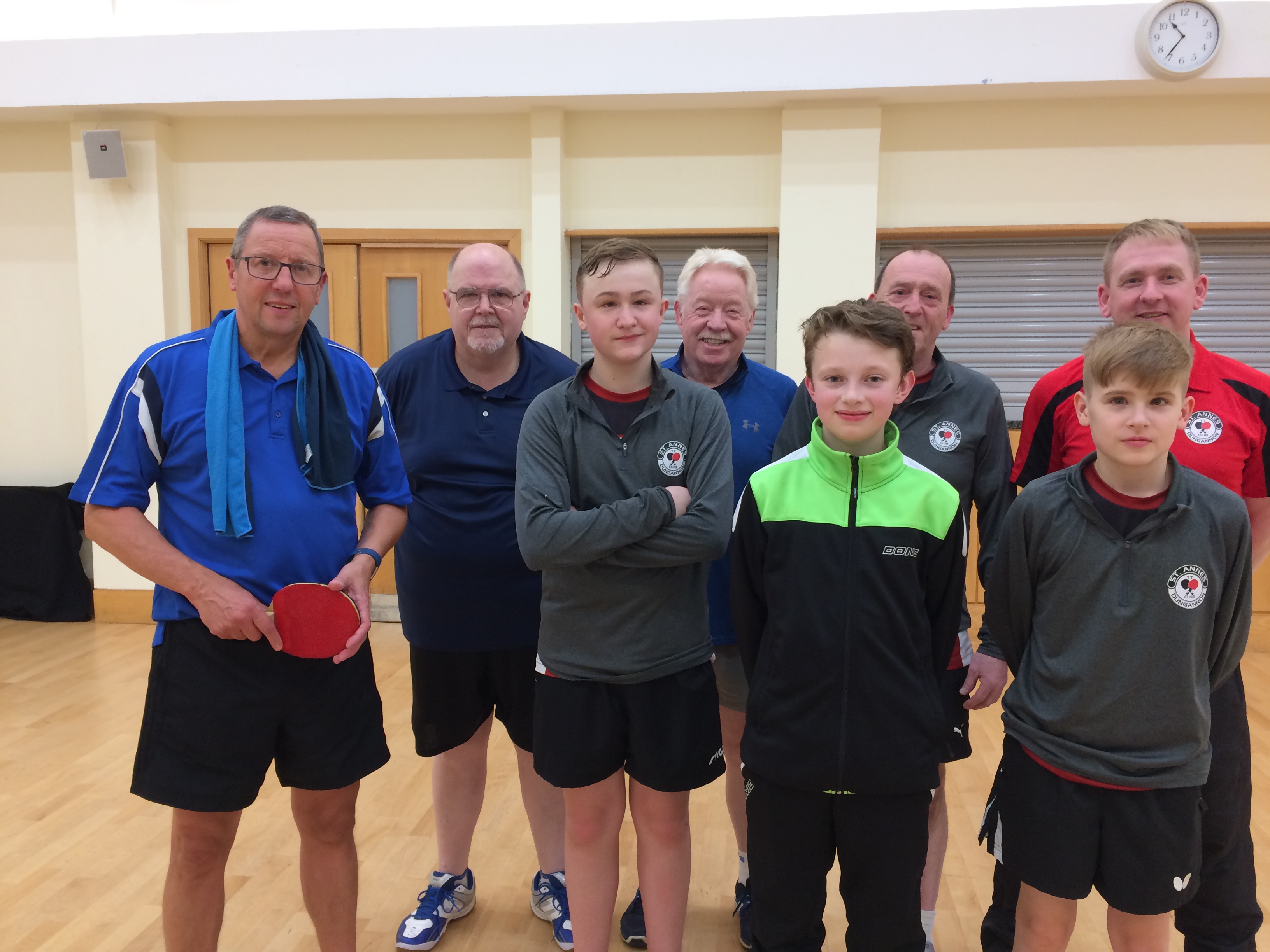 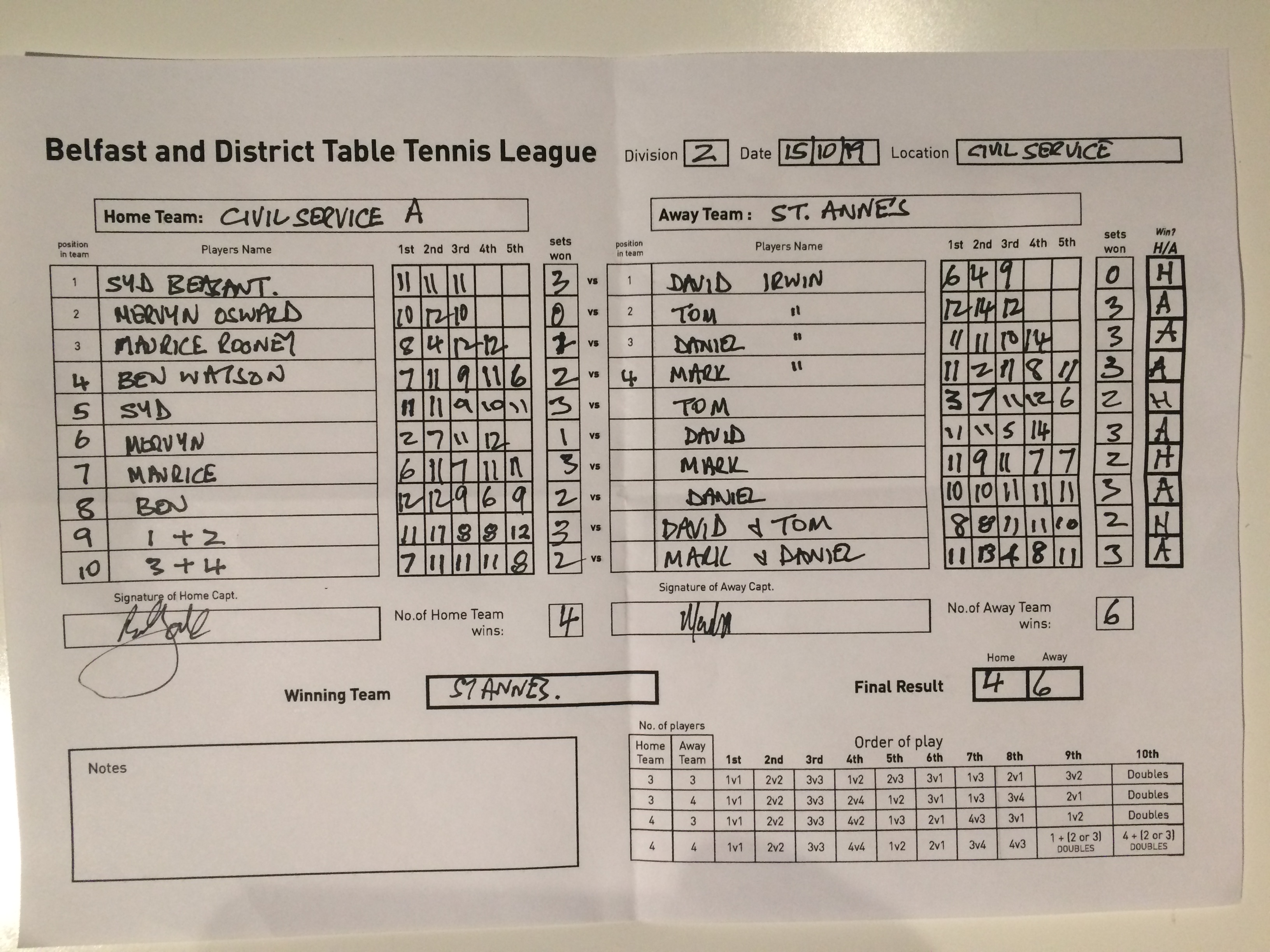