Tonight we saw Civil Sevice take on Ballyclare A at home in Division 3 of the Belfast and District Table Tennis League. The match ended with a score line of Civil Sevice (2) and Ballyclare A (8). The format for the match was a 3 Vs 4 player format.

Wilbert Armstrong reporting on the match said “Civil Service hosted Ballyclare at the Pavillion last night. Civil Service were without John Lockhart and Ballyclare without Wilbert Armstrong. Ballyclare needed a good win to keep the pressure on Craigavon at the top of the league and got off to a flier winning the first three matches with wins by Andy, Mike and Jess. Ivan clawed a match back by defeating Ian in a tense 5 setter. Things continued to go Ballyclare’s way as they won the next 3 matches on the trot. Kris again clawed a match back, but that was where the revival ended with Ballyclare winning the last singles and the doubles to make the match score to Ballyclare. Thanks to Civil Service for a well fought match.”

The players that were fielded for the Home Team Civil Sevice in their playing order were:

For the doubles Ballyclare A had Andrew Davies & Mike Baird joining forces to take on the hosts.

With the match card now fully completed the final score of Civil Sevice (2) and Ballyclare A (8) was recorded. 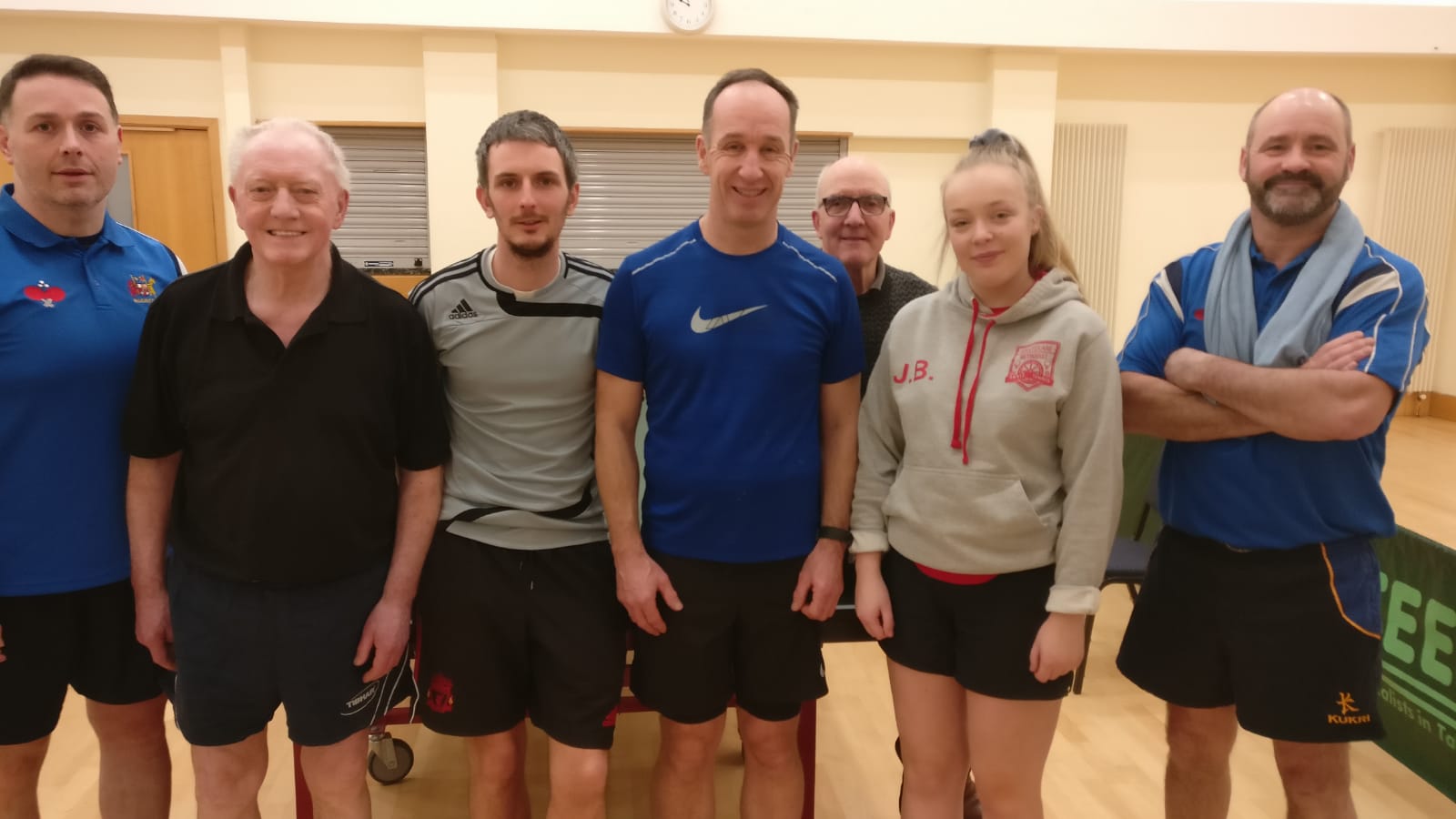