Tonight we saw Killyleagh take on Ballyclare A at home in Division 3 of the Belfast and District Table Tennis League. The match ended with a score line of Killyleagh (4) and Ballyclare A (6). The format for the match was a 3 Vs 3 player format. Wilbert Armstrong reporting on the match said “Last night the unbeaten Killyleagh team took on Ballyclare at Killyleagh. It was a great contest with Ballyclare starting fast off the blocks. The battle of the number ones was a classic with the previously unbeaten Andrew Gibson losing 3-2 to Andrew Davies. Ian And Wilbert followed up with 2 good wins to give Ballyclare a 3-0 start. Killyleagh began the fight back with Andrew Gibson taking out Ian Davies but this was short lived as Ian And Wilbert won again to put Ballyclare 5-1 up and into an unassailable position. From there on Killyleagh fought hard and took 3 of the next 4 matches. This was Killyleaghs first defeat of the season and was 10 much needed points for Ballyclare. Well done to both sides in an enjoyable and well fought encounter. Happy Christmas!!”.

For the doubles Ballyclare A had Andrew Davies & Wilbert Armstrong joining forces to take on the hosts.

With the match card now fully completed the final score of Killyleagh (4) and Ballyclare A (6) was recorded. 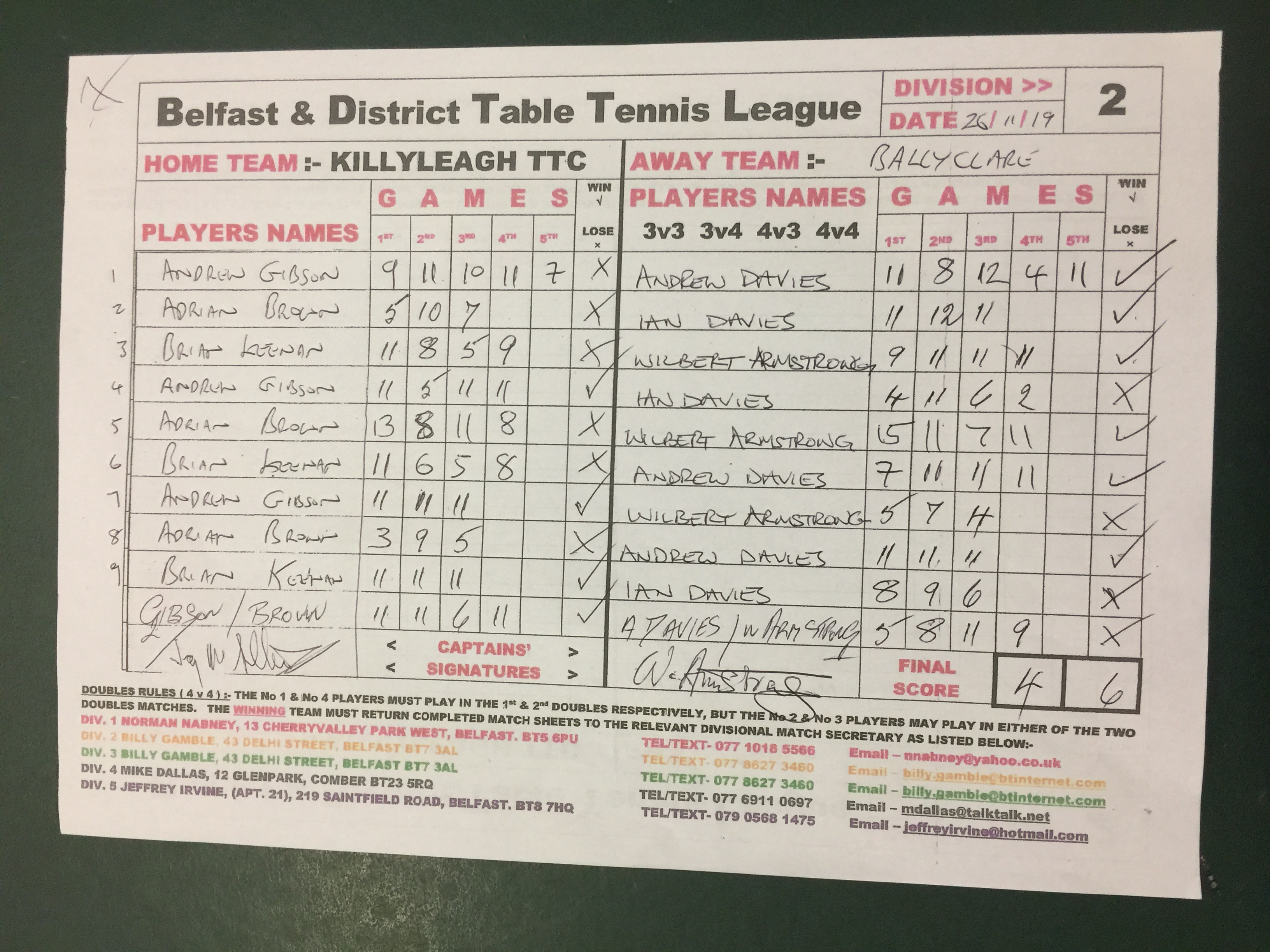