Tonight we saw Killyleagh take on Civil Service C at home in Division 3 of the Belfast and District Table Tennis League. The match ended with a score line of Killyleagh (6) and Civil Service C (4). The format for the match was a 3 Vs 4 player format.

Andrew Gibson reporting on the match said “Another close match between these 2 teams after a narrow 6-4 win for Killyleagh in the first half of the season. Civil service turned up with a much-changed team this time with Lee Waring and Mike Connolly replacing Ivan Barton and John Lockhart but the match was just as close. Mike can feel a little aggrieved not to have scored a point on the night narrowly losing a 5-set thriller to Brian. Aside from that, every other player won at least a point and we headed in to the doubles with Killyleagh leading 5-4 (not unfamiliar territory for them this year…). Andrew and Adrian managed to hold their nerve in the doubles, taking Killyleagh to another 6-4 win on an enjoyable night. Hearty congratulations to Belfast league debutante Lee Waring who started his campaign with a solid win over Adrian and looks to have been an excellent investment by Civil Service in the transfer window”

For the doubles Killyleagh decided to play Andrew & Adrian

On the Away Side Civil Service C sent a team consisting of:

For the doubles Civil Service C had Kris & Willie joining forces to take on the hosts.

With the match card now fully completed the final score of Killyleagh (6) and Civil Service C (4) was recorded. 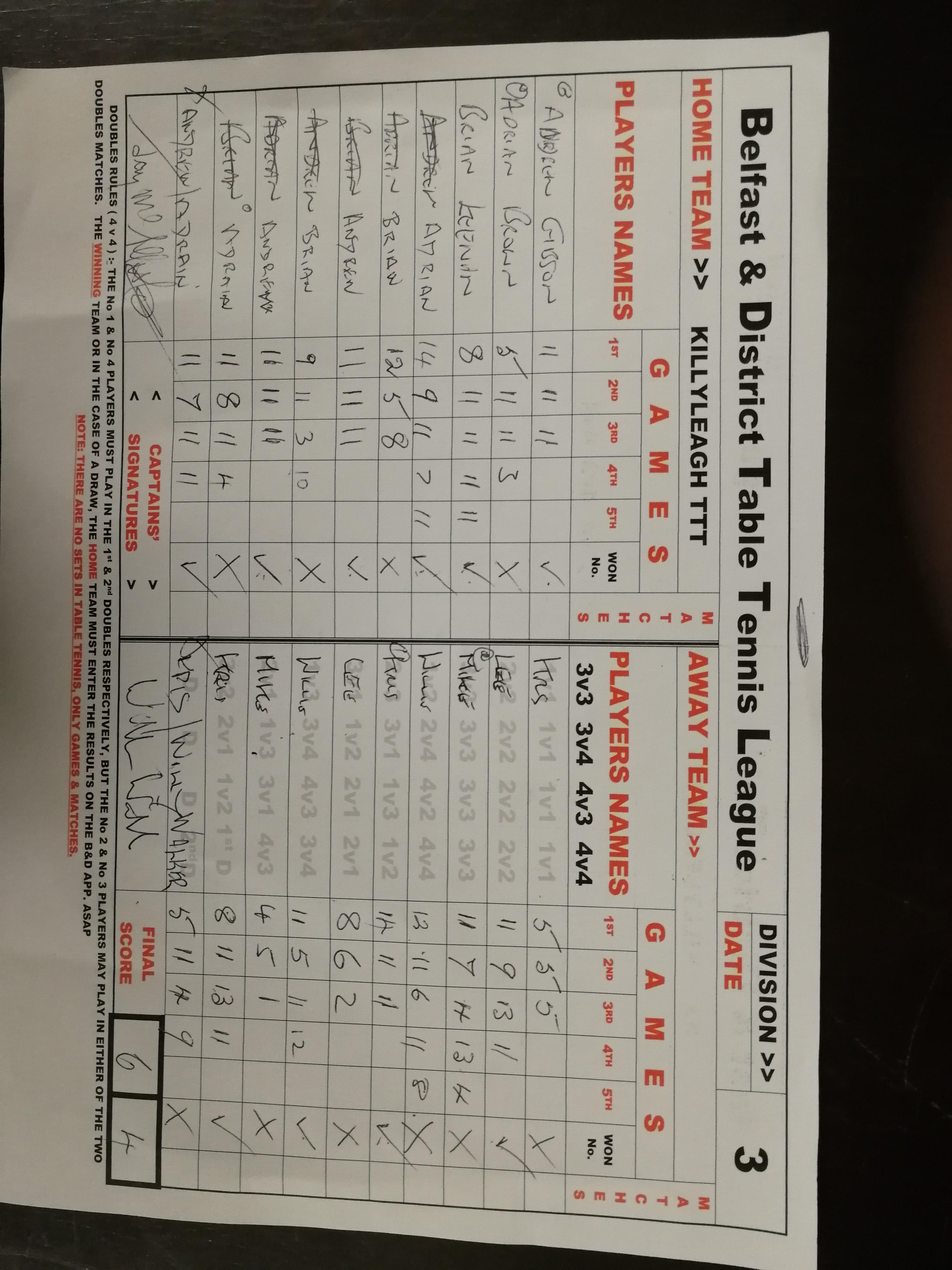