Tonight we saw Killyleagh take on Ormeau 3A at home in Division 3 of the Belfast and District Table Tennis League. The match ended with a score line of Killyleagh (6) and Ormeau 3A (4). The format for the match was a 3 Vs 3 player format. Andrew Gibson reporting on the match said “For the second week running, Killyleagh were delighted to edge a very close encounter with a 6-4 win. Once again it came down to the final doubles with Andrew and Adrian scraping through in a 5-set nail biter against Arvin and Andy. Performance of the night goes to Brian Keenan for fine wins over Arvin and Andy at critical times in the match. A most enjoyable night with every possibility of the scores being reversed in the return encounter at Ormeau”.

For the doubles Killyleagh decided to play Andrew & Adrian

On the Away Side Ormeau 3A sent a team consisting of:

For the doubles Ormeau 3A had Arvin & Andy joining forces to take on the hosts.

With the match card now fully completed the final score of Killyleagh (6) and Ormeau 3A (4) was recorded. 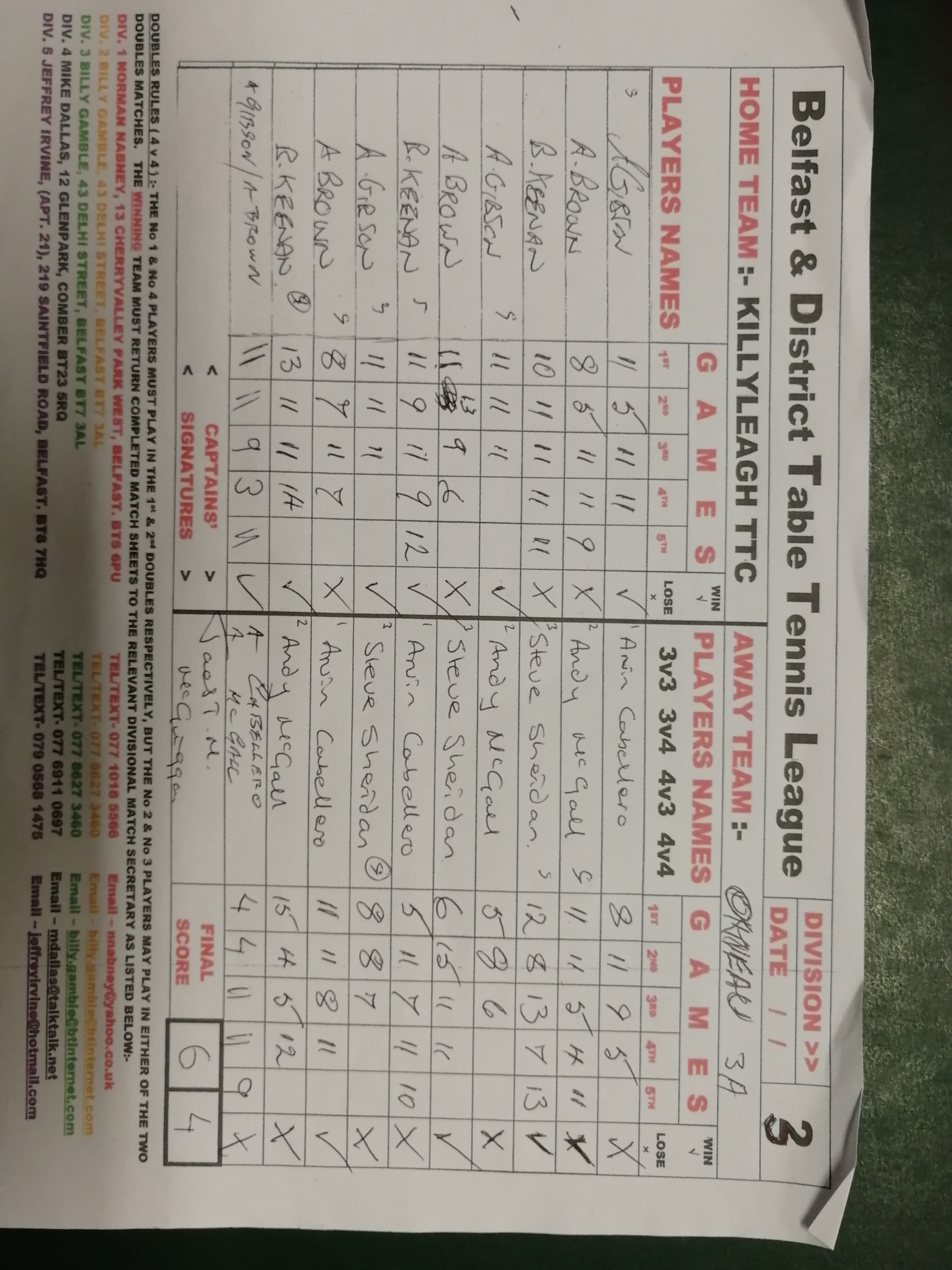