Tonight we saw Kingsland take on Ballyholme at home in Division 4 of the Belfast and District Table Tennis League. The match ended with a score line of Kingsland (2) and Ballyholme (8). The format for the match was a 4 Vs 4 player format.

Paul Clarke reporting on the match said “Great derby match at Kingsland where Ballyholme were flattered by an 8-2 win. Excellent first match where Albert was within a whisker of taking a set against Ross, a player who anyone in div 4 will struggle to beat.
Owen put up a good fight v Albert and Ray but the top two end of the fixture ended at 2-2 in the 4 singles. The Omagh pairing of Albert and Ray played well to win the doubles 3-1 against their young opponents.
In the other half of the match Ron and Paul won their 5 matches but not without a few scares along the way. Rossie got some rocket winners past Ron and Paul but didn’t win a set – when he starts adding more caution to his game he will certainly start winning matches. Harold was so unlucky taking both Ron and Paul it 5 sets and joining with Rossie to win the first set in the doubles.”

The players that were fielded for the Home Team Kingsland in their playing order were:

For the doubles Kingsland decided to play Ross Fulton with amp; Owen & Harold with Rossie Moffit

For the doubles Ballyholme had Albert Coulter with amp; Ray & Paul with Ron Drain joining forces to taken on the hosts.

With the match card now fully completed the final score of Kingsland (2) and Ballyholme (8) was recorded. 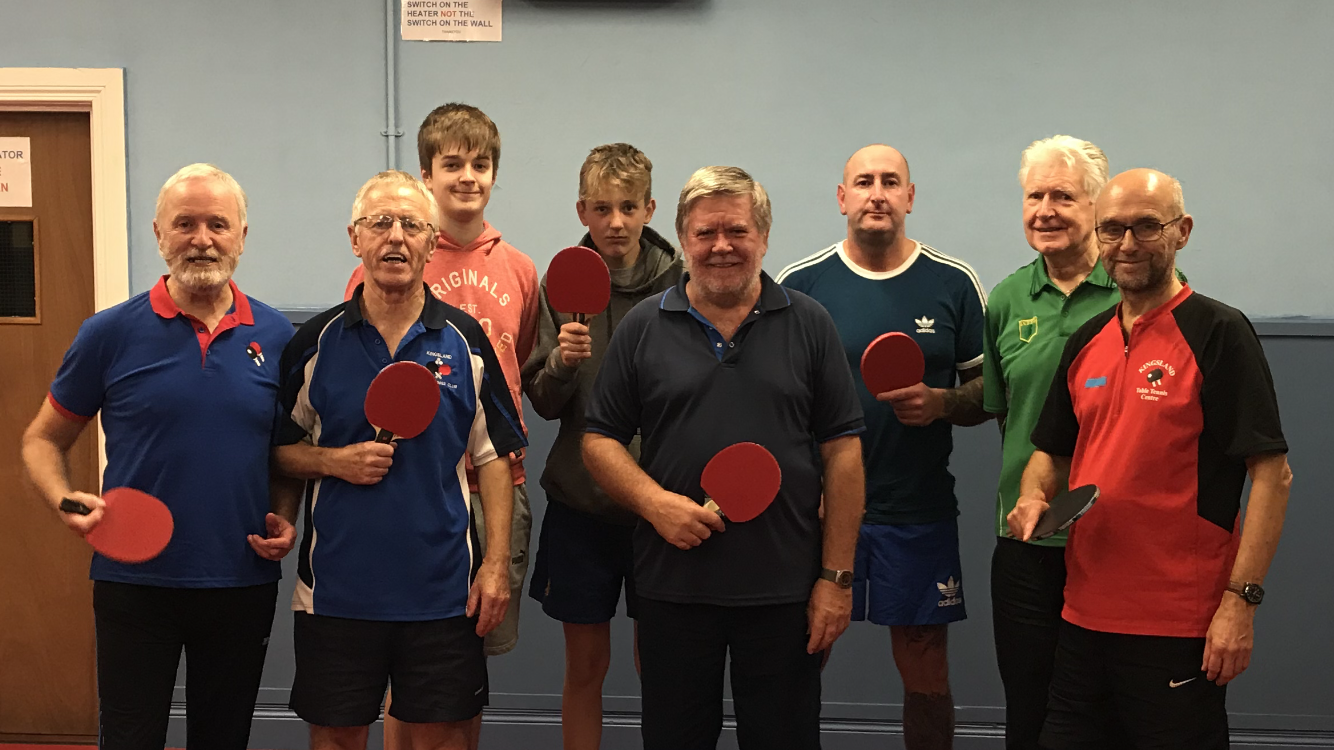 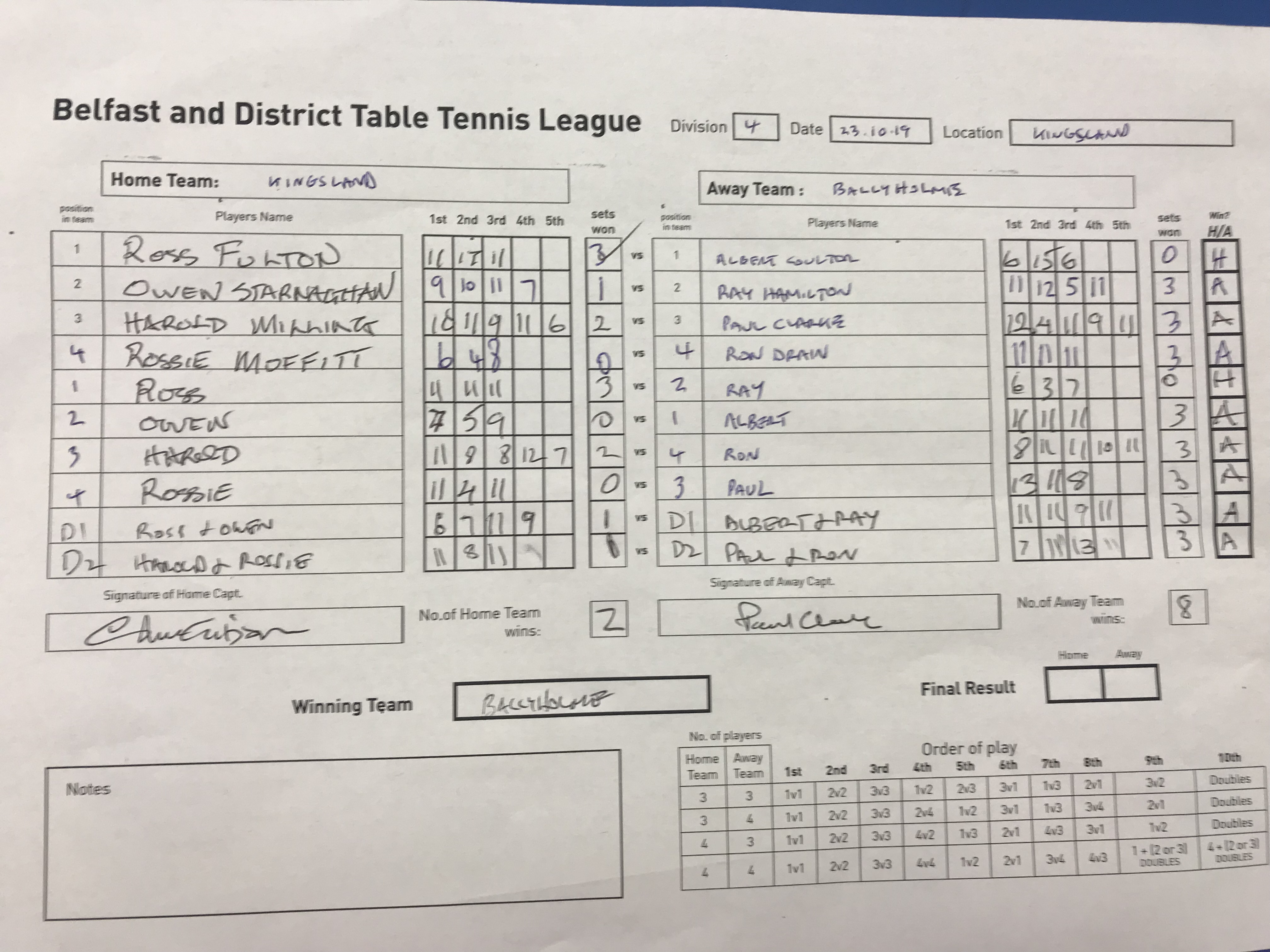