Tonight we saw Legacurry take on Ormeau 3B at home in Division 3 of the Belfast and District Table Tennis League. The match ended with a score line of Legacurry (6) and Ormeau 3B (4). The format for the match was a 4 Vs 4 player format.

Robert McCrory reporting on the match said “Legacurry started strongly winning the first two games. Ivor was next up against James and lost out narrowly after some long rallies. Stanley then put Legacurry out in front again after a long 5 setter vs Tom. It was all to play for after the first round of matches. Roy and Andrew won one and lost one leaving the score at 4-2 to Legacurry. Ivor felt unwell and was unable to play against Tom, and Stanley lost to James bringing it to 4-4. With the two sets of doubles left to play it was all to play for. Roy and Andrew won in 4 sides, making it 5-4 to Legacurry and with Ivor feeling slightly better he, decided to come on and play with Stanley in the doubles to try and push on for the win. They won in 3 sides. A great match that could have gone either way in the end.”

The players that were fielded for the Home Team Legacurry in their playing order were:

For the doubles Ormeau 3B had Breandan o Fiach with amp; Brendan & James with Tom McCreery joining forces to taken on the hosts.

With the match card now fully completed the final score of Legacurry (6) and Ormeau 3B (4) was recorded. 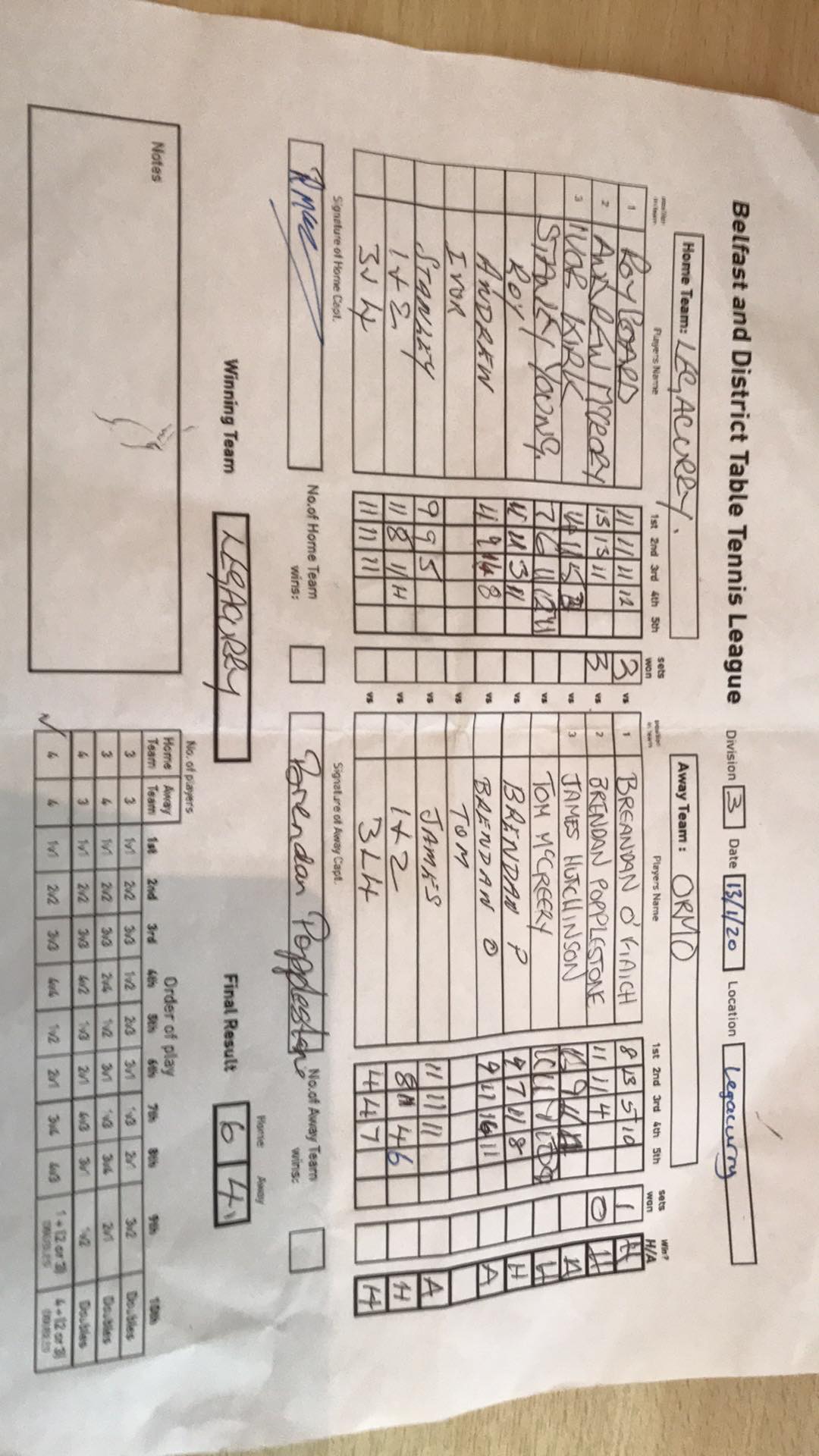