Tonight we saw Legacurry A take on Ballyclare A at home in Division 3 of the Belfast and District Table Tennis League. The match ended with a score line of Legacurry A (6) and Ballyclare A (4). The format for the match was a 4 Vs 4 player format.

Wilbert Armstrong reporting on the match said “It was a very tight but enjoyable game at Legacurry last night. Both teams at the start of the night were separated by less than 10 points and were hoping to advance up the table. The star man for Ballyclare was Andrew Davies who won all of his singles while Ivor starred for Legacurry. After Andrew took the initial singles, Legacurry roared back with 4 wins on the bounce. Andrew won again to give the visitors some hope but at the conclusion of the singles Legacurry were ahead 5-3 with the 2 doubles to come. Legacurry took the first doubles in a very tight 5 set affair. The second match was another tight 5 setter which went Ballyclare‘s way. Well done to Legacurry and best wishes for the rest of the season.”

The players that were fielded for the Home Team Legacurry A in their playing order were:

For the doubles Legacurry A decided to play Roy Coard with amp; Andrew McCrory & Ivor Kirk with Robert McCrory

For the doubles Ballyclare A had Andrew Davies with amp; Wilbert Armstrong & Ian Davies with Jessica Baird joining forces to taken on the hosts.

With the match card now fully completed the final score of Legacurry A (6) and Ballyclare A (4) was recorded. 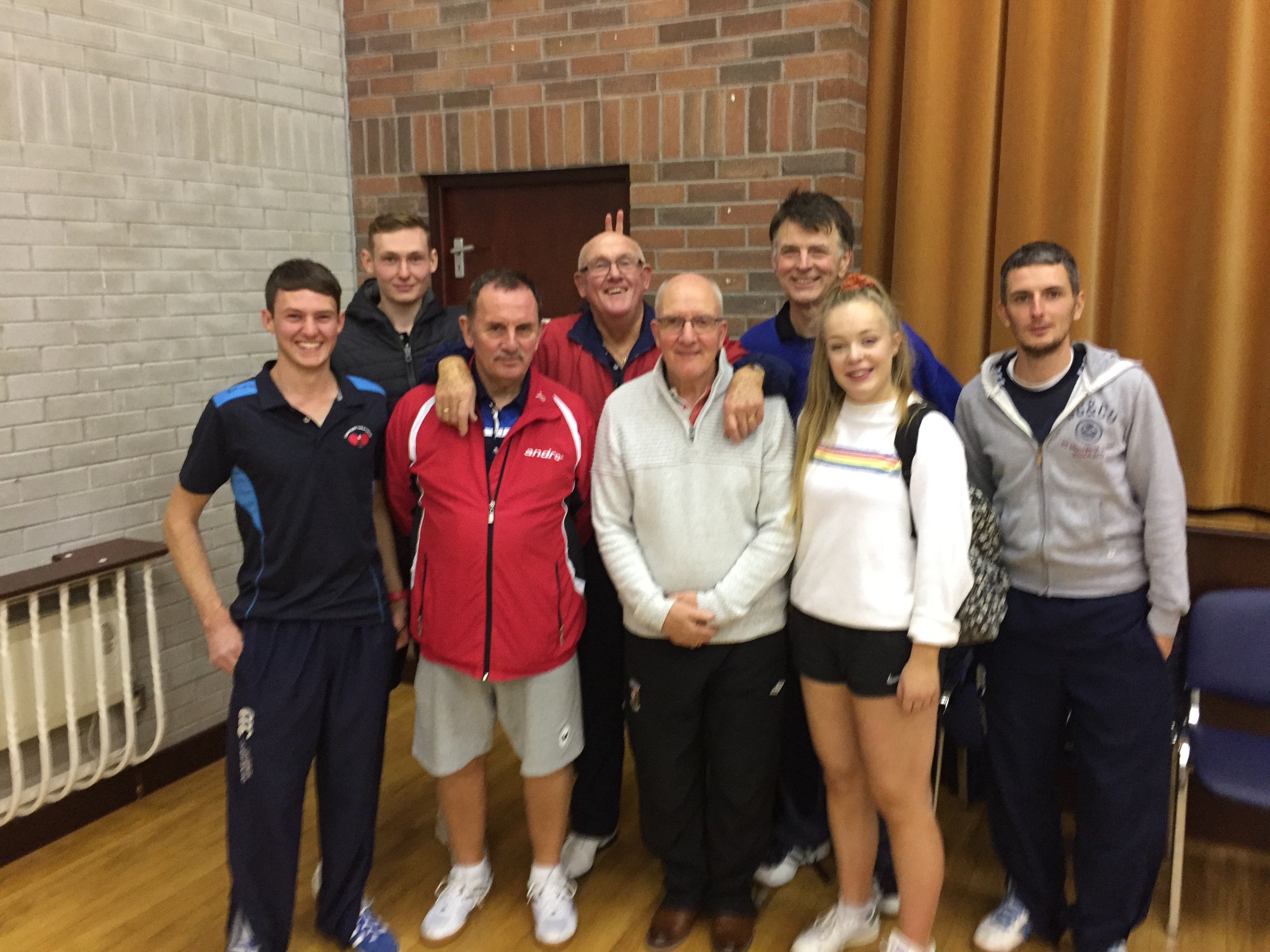 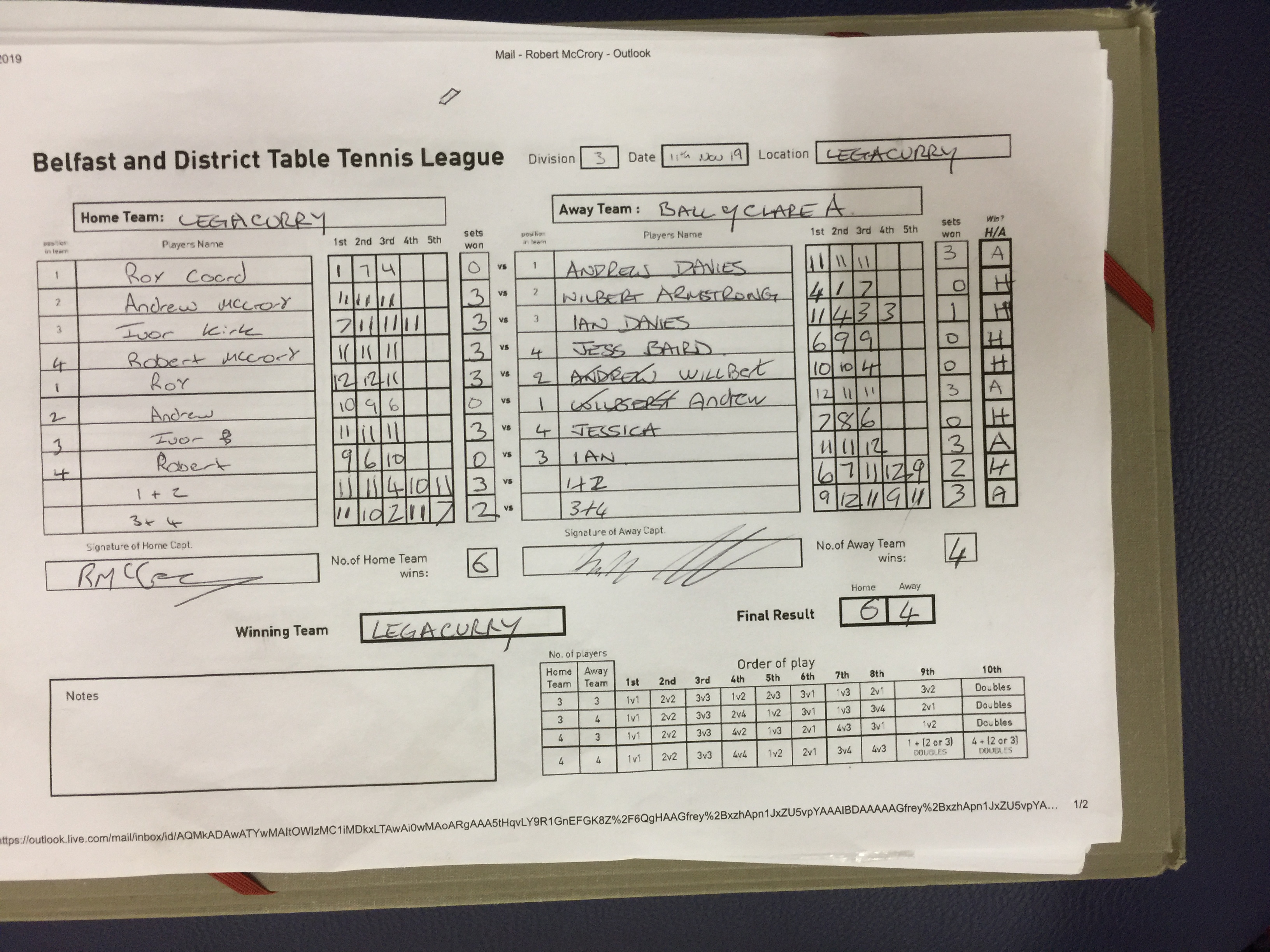