Tonight we saw Ormeau 1 take on Knockagh at home in Division 1 of the Belfast and District Table Tennis League. The match ended with a score line of Ormeau 1 (6) and Knockagh (4). The format for the match was a 4 Vs 3 player format.

Ranjit Singh reporting on the match said “A great match played in a very competitive and friendly manner. Lots of close matches. Ormeau won 6-4.
The player of the match was Conor Nugent who won all his singles matches and displayed brillant attacking game.
Match of the day was doubles between Ormeau boys and CTTL stars David and Gary. David and Gary fought hard and won it 3-2.
Well done to both teams!”

The players that were fielded for the Home Team Ormeau 1 in their playing order were:

On the Away Side Knockagh sent a team consisting of:

For the doubles Knockagh had David Wright & Gary Ferson joining forces to take on the hosts.

With the match card now fully completed the final score of Ormeau 1 (6) and Knockagh (4) was recorded. 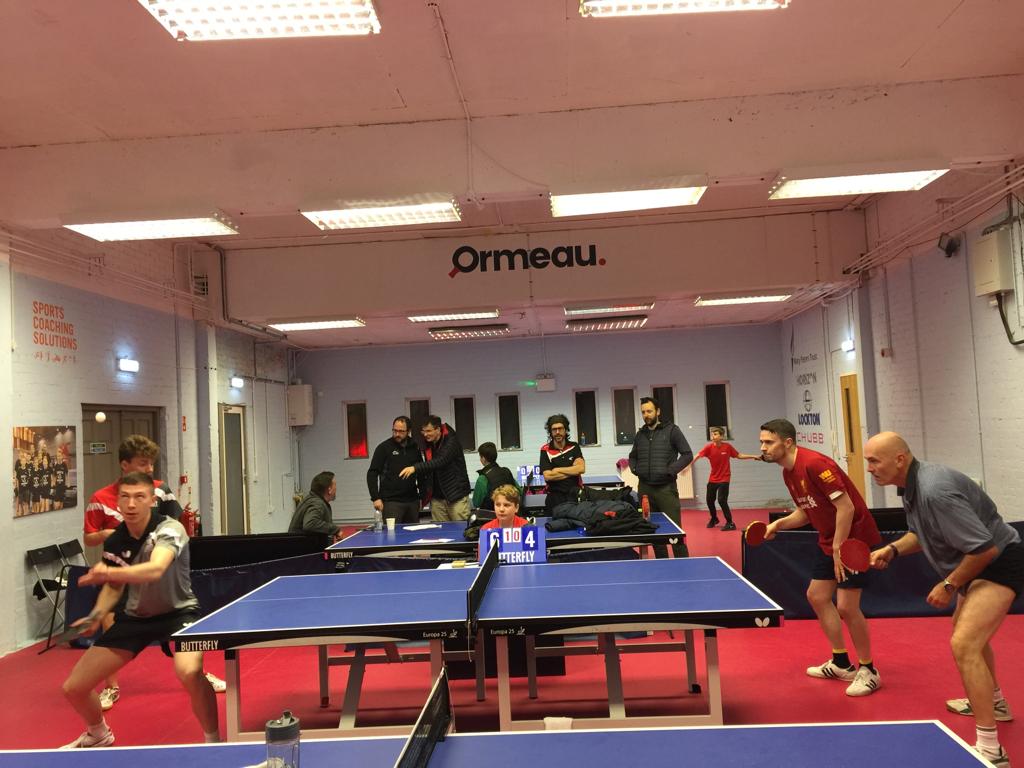 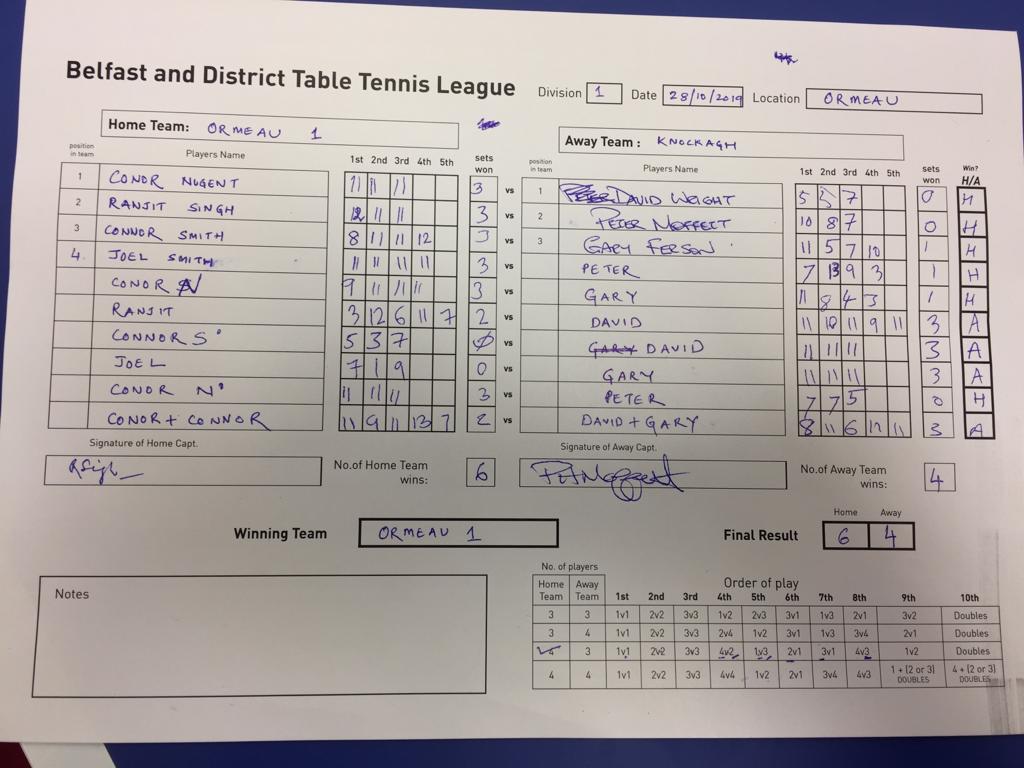