Tonight we saw Ormeau 1 take on Osmond at home in Division 1 of the Belfast and District Table Tennis League. The match ended with a score line of Ormeau 1 (6) and Osmond (4). The format for the match was a 4 Vs 3 player format.

Ranjit Singh reporting on the match said “Osmond and Ormeau played outstanding Table Tennis and the winner after tight matches were Ormeau 6-4.

The final outcome of the match was decided in deuce of 10th match fifth set. Doubles was an incredible match. Jonnie and Joel fought back after determined John and Adam were leading 2-1 and 8-4 up. Ormeau boys regrouped and focused to win the fifth set in deuce. All four played excellent game with lots of rallies and placement. John’s forward, Joel’s classic backhard, Adam’s topspin and Jonnie’s consistency. What a thrilling doubles match

The players that were fielded for the Home Team Ormeau 1 in their playing order were:

For the doubles Ormeau 1 decided to play Jonnie & Joel

On the Away Side Osmond sent a team consisting of:

For the doubles Osmond had John & Adam joining forces to take on the hosts.

With the match card now fully completed the final score of Ormeau 1 (6) and Osmond (4) was recorded. 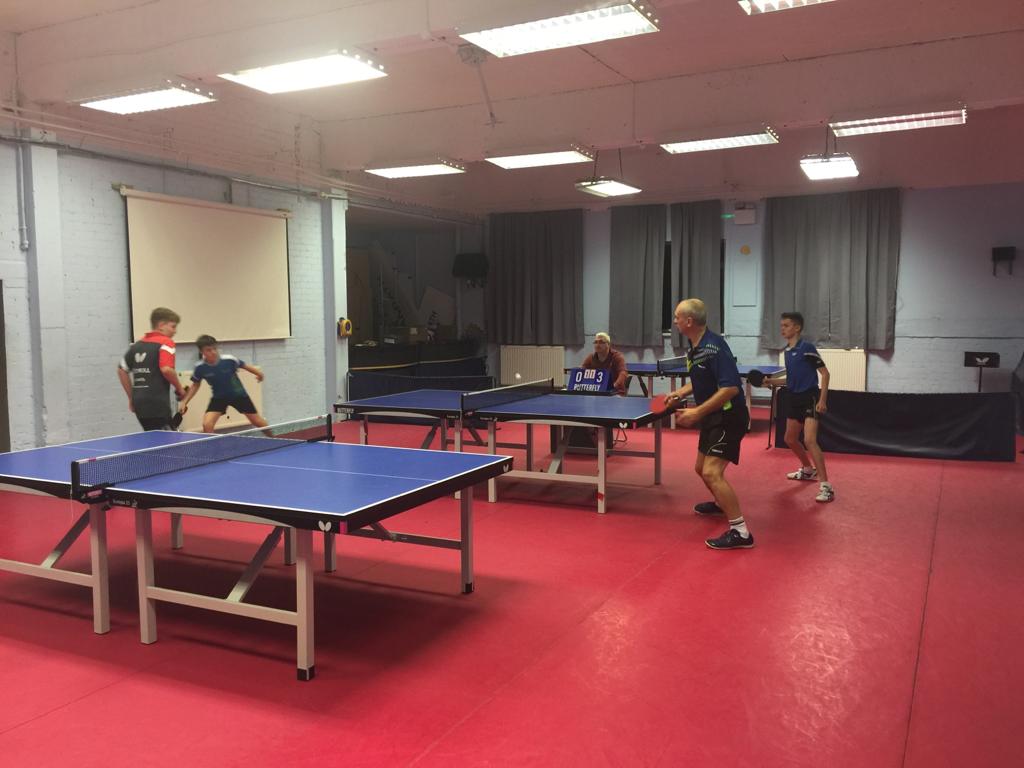