Tonight we saw Ormeau 3A take on Ballyclare A at home in Division 3 of the Belfast and District Table Tennis League. The match ended with a score line of Ormeau 3A (3) and Ballyclare A (7). The format for the match was a 3 Vs 3 player format. Wilbert Armstrong reporting on the match said “Last night was a tricky match between Ormeau 3As and Ballyclare at The Mount. The match started very promisingly for Ballyclare with the Away side taking the first 3 singles. Arvin then won a hard fought match with Mike to get Ormeau off the mark. Ballyclare increases their lead when Wilbert and Andy won the next 2 matches, meaning Ballyclare could not lose the contest. Arvin, the Ormeau star of the night easily beat Wilbert in 3 straight to win his second singles of the night, making it 5-2 to Ballyclare.
The next match was almost a shock win for Andy M v Andy D.
Andy M played very well and took the first 2 sets before Andy D fought back in an epic battle to take it 3-2. Mike then took the final singles to make it 7-2 to Ballyclare with just the doubles to come. Things looked promising for Ballyclare as they took the first set but dropped the second set 15-13. That was the catalyst that Ormeau needed to take the next 2 sets making the final match score 7-3 to Ballyclare.
As usual the score didn’t reflect the closeness of the matches, however, a very big thank you to Ormeau for making us feel welcome, and all the best for their remaining matches.”.

The players that were fielded for the Home Team Ormeau 3A in their playing order were:

For the doubles Ballyclare A had Andy Davies & Wilbert Armstrong joining forces to take on the hosts.

With the match card now fully completed the final score of Ormeau 3A (3) and Ballyclare A (7) was recorded. 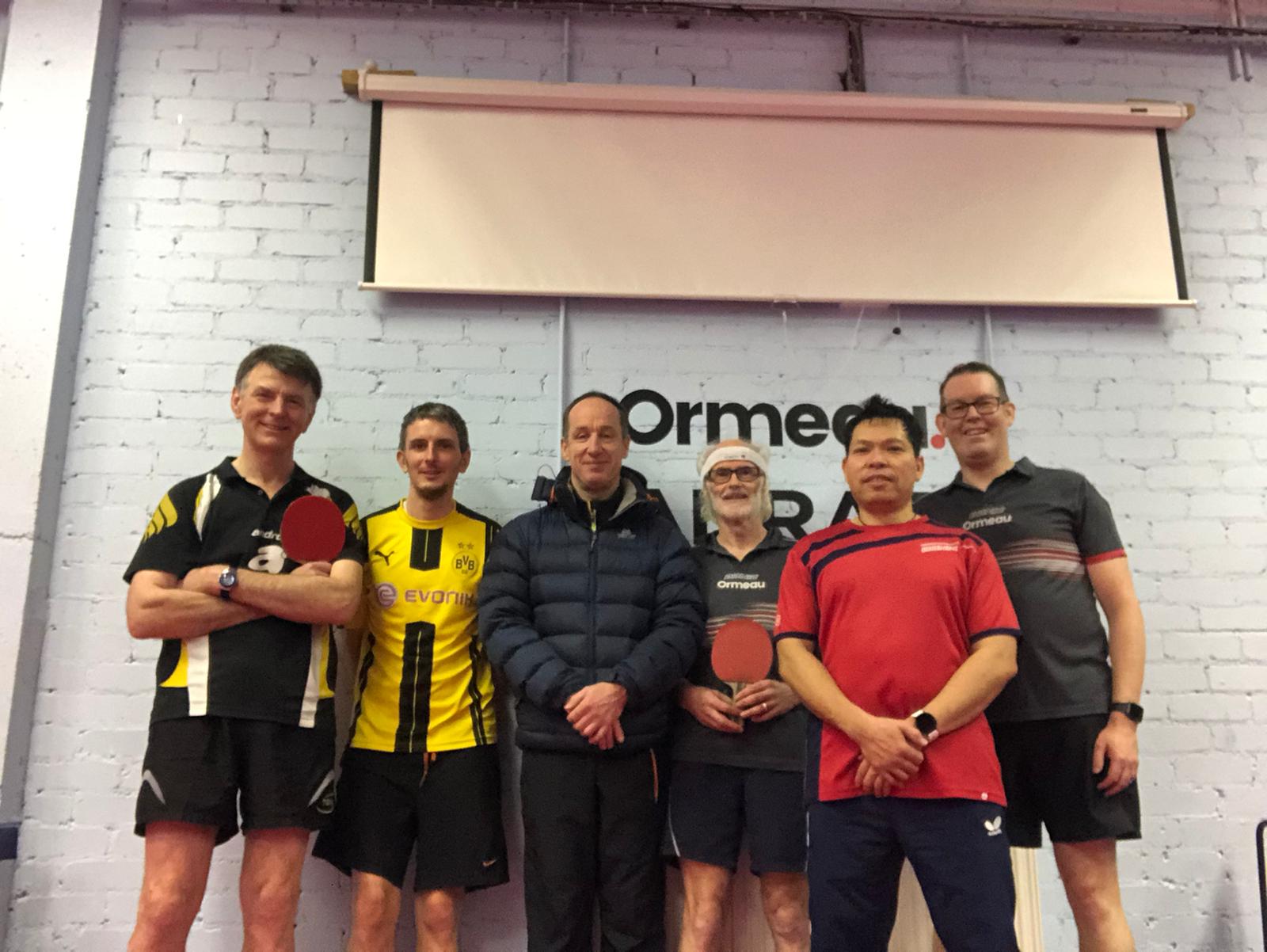 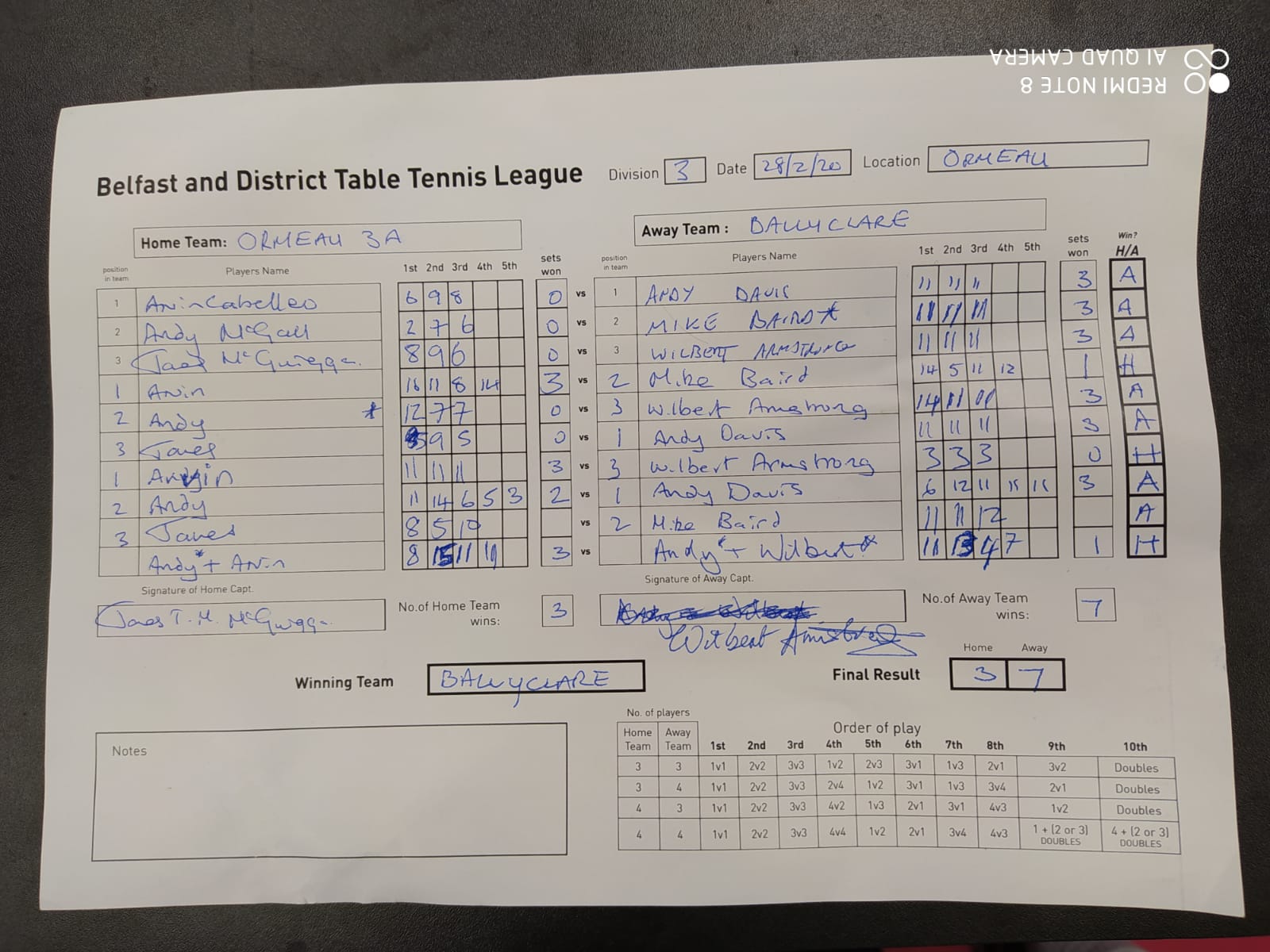