Tonight we saw Ormeau 3A take on Ormeau 3B at home in Division 3 of the Belfast and District Table Tennis League. The match ended with a score line of Ormeau 3A (5) and Ormeau 3B (5). The format for the match was a 4 Vs 4 player format.

James McGuiggan reporting on the match said “Where would you go in Belfast on a Friday evening to be entertained? Ormeau! Ormeau v Ormeau! 3A v 3B. Some match this for entertainment! Neck and neck, toe to toe until the very last bounce of the ball! Six 5 setters, three 4 setters, great contest, titanic battle. Drama to the very end – 3A coming from 9-3 down in the 5th set to snatch the final game and earn an heroic draw!”

The players that were fielded for the Home Team Ormeau 3A in their playing order were:

For the doubles Ormeau 3A decided to play Arvin Cabellero with amp; Andy McGall & Steve Sheridan with Alan McGuffog

For the doubles Ormeau 3B had Breandán Ó Fiaich with amp; Aaron Kearney & Tom McCreery with Brendan Popplestone joining forces to taken on the hosts.

With the match card now fully completed the final score of Ormeau 3A (5) and Ormeau 3B (5) was recorded. 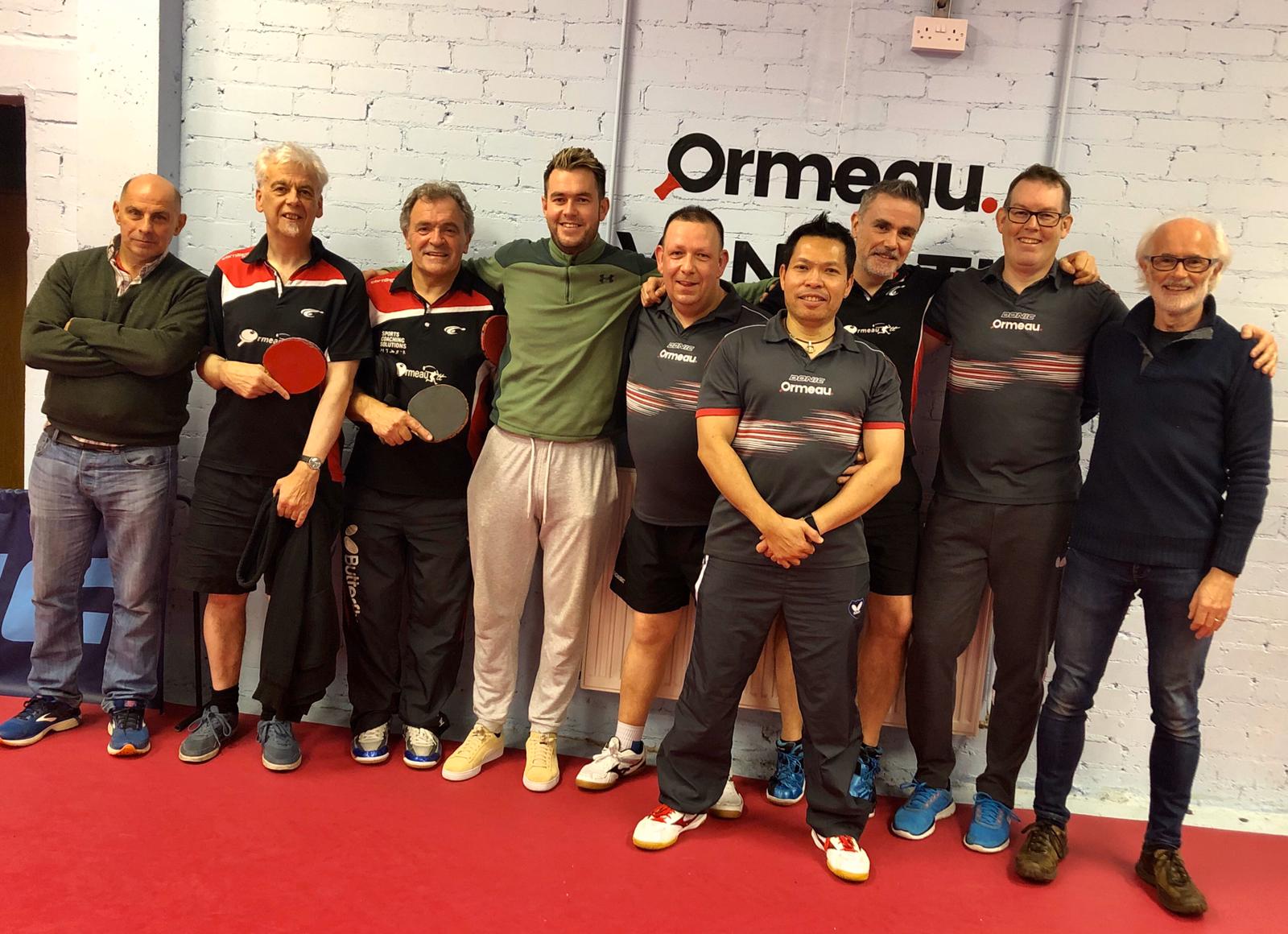