Tonight we saw Ormeau 3B take on Killyleagh at home in Division 3 of the Belfast and District Table Tennis League. The match ended with a score line of Ormeau 3B (4) and Killyleagh (6). The format for the match was a 4 Vs 3 player format.

Andrew Gibson reporting on the match said “The match was only decided in the final doubles with Killyleagh eventually winning 6-4 – sound familiar? For the 4th week in a row, the match could have gone either way with some very close matches and the Ormeau team showing great strength of character winning all 3 5-setters (maybe something for the Killyleagh boys to work on!). Breanden, Brendan and Tom all got their names on the scoreboard and James showed he has the shots to worry all teams in the second half of the season. However, Killyleagh came through another tricky match with a win and have now won 4 out of 4, but you’ve got to fancy Banbridge’s chances of stopping that run next week….”

For the doubles Ormeau 3B decided to play Tom & Brendan

On the Away Side Killyleagh sent a team consisting of:

For the doubles Killyleagh had Andrew & Adrian joining forces to take on the hosts.

With the match card now fully completed the final score of Ormeau 3B (4) and Killyleagh (6) was recorded. 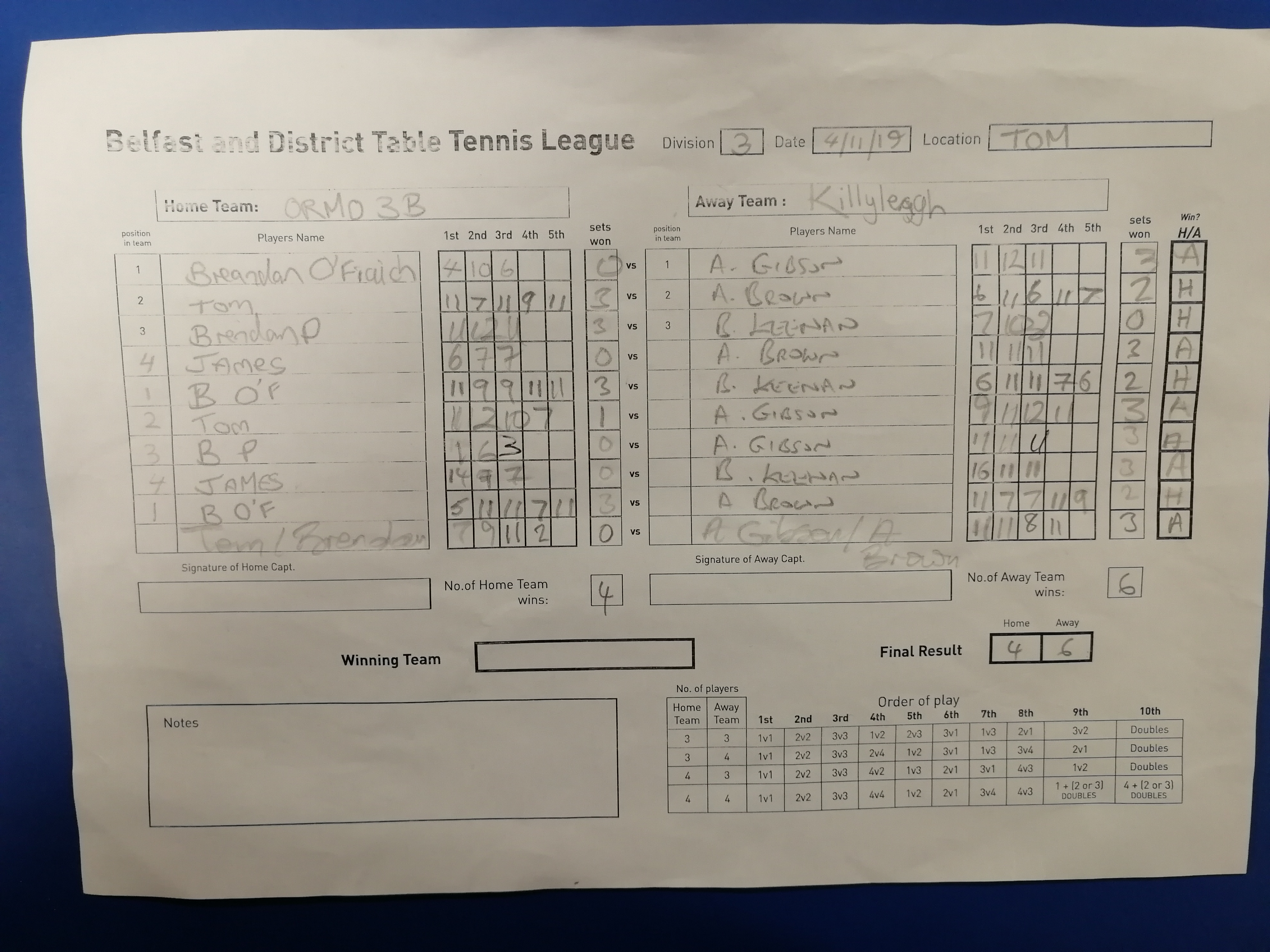