Tonight we saw Ormeau 5A take on Lowe Memorial at home in Division 5 of the Belfast and District Table Tennis League. The match ended with a score line of Ormeau 5A (7) and Lowe Memorial (3). The format for the match was a 4 Vs 4 player format.

George Smyth reporting on the match said “Four of the ten matches went to five sets which highlights what a good contest this was.”

The players that were fielded for the Home Team Ormeau 5A in their playing order were:

For the doubles Ormeau 5A decided to play Euan Hanna with amp; Erin & Jeff with Danny Power

For the doubles Lowe Memorial had Boon Low with amp; Deric & Alan with James Sanderson joining forces to taken on the hosts.

With the match card now fully completed the final score of Ormeau 5A (7) and Lowe Memorial (3) was recorded. 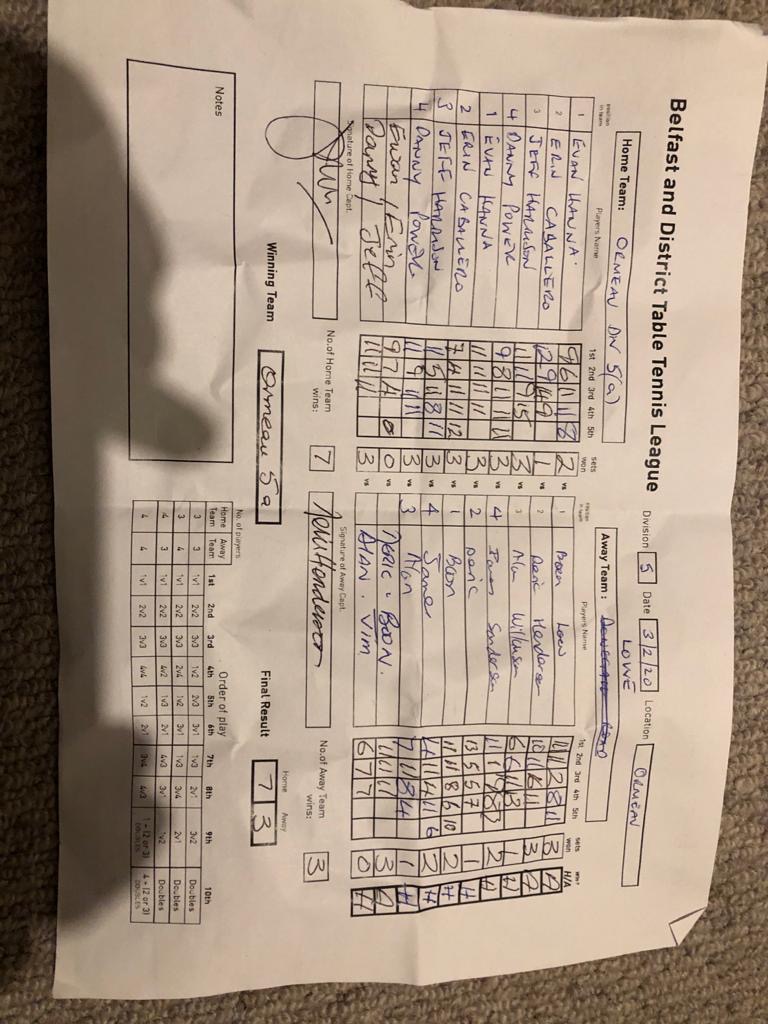