Tonight we saw Ormeau 5B take on Queen’s B at home in Division 5 of the Belfast and District Table Tennis League. The match ended with a score line of Ormeau 5B (3) and Queen’s B (7). The format for the match was a 4 Vs 4 player format.

Michael Allen reporting on the match said “Great match between the two teams today played in high spirits. Lots of matches could have went either way. Especially well done to Mel for winning both singles in 5 sets before just missing out in the doubles in 5. Also some great sportsmanship from Ron and Derek in the doubles when they admitted a serve wasn’t a let at 14-14 in the second set, therefore conceding the point at such a big moment.”

The players that were fielded for the Home Team Ormeau 5B in their playing order were:

For the doubles Ormeau 5B decided to play Ron with amp; Derek & Lukas with Jonny

On the Away Side Queen’s B sent a team consisting of:

For the doubles Queen’s B had Nicola with amp; Michael & Mel with Paul joining forces to taken on the hosts.

With the match card now fully completed the final score of Ormeau 5B (3) and Queen’s B (7) was recorded. 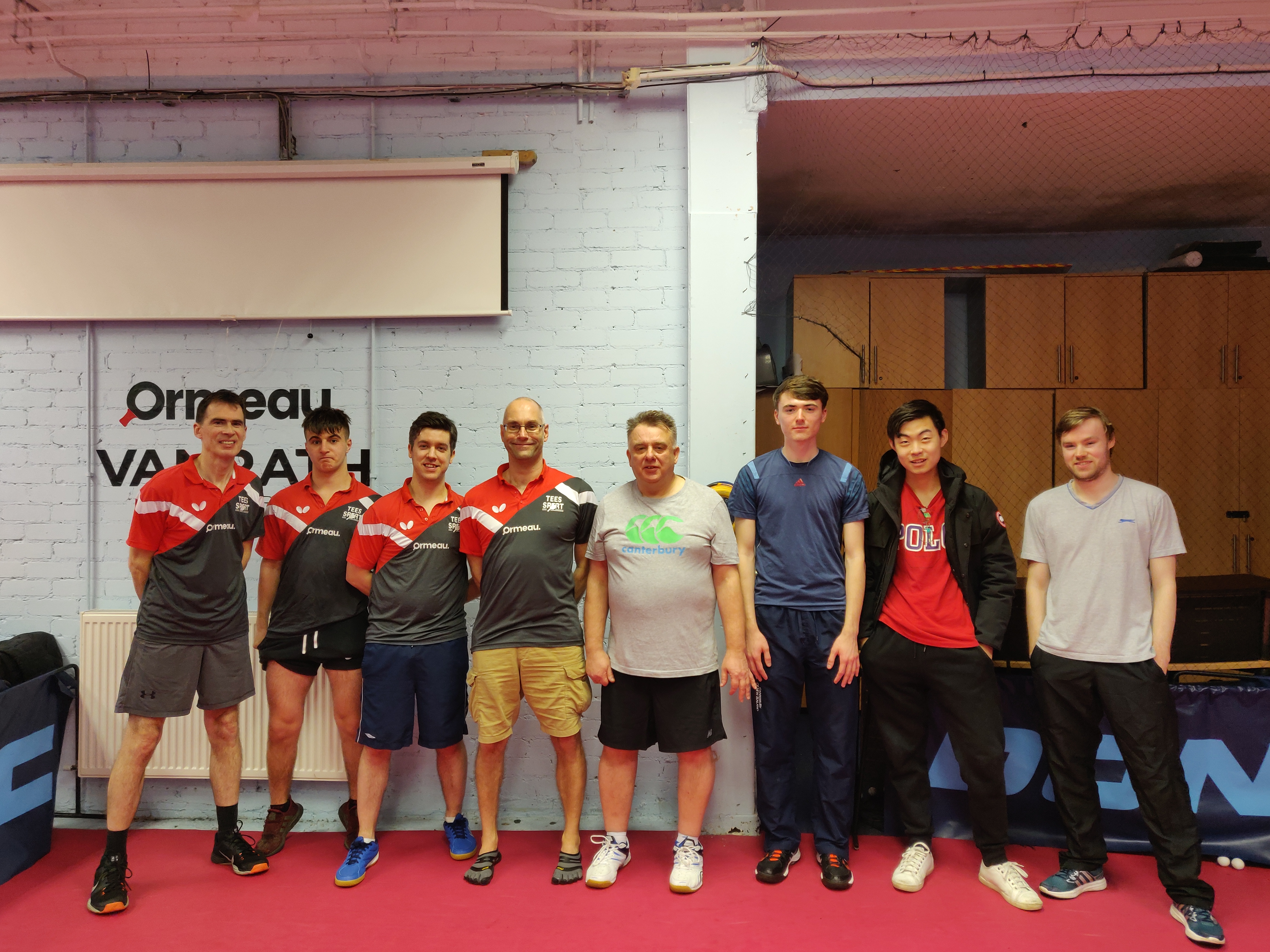 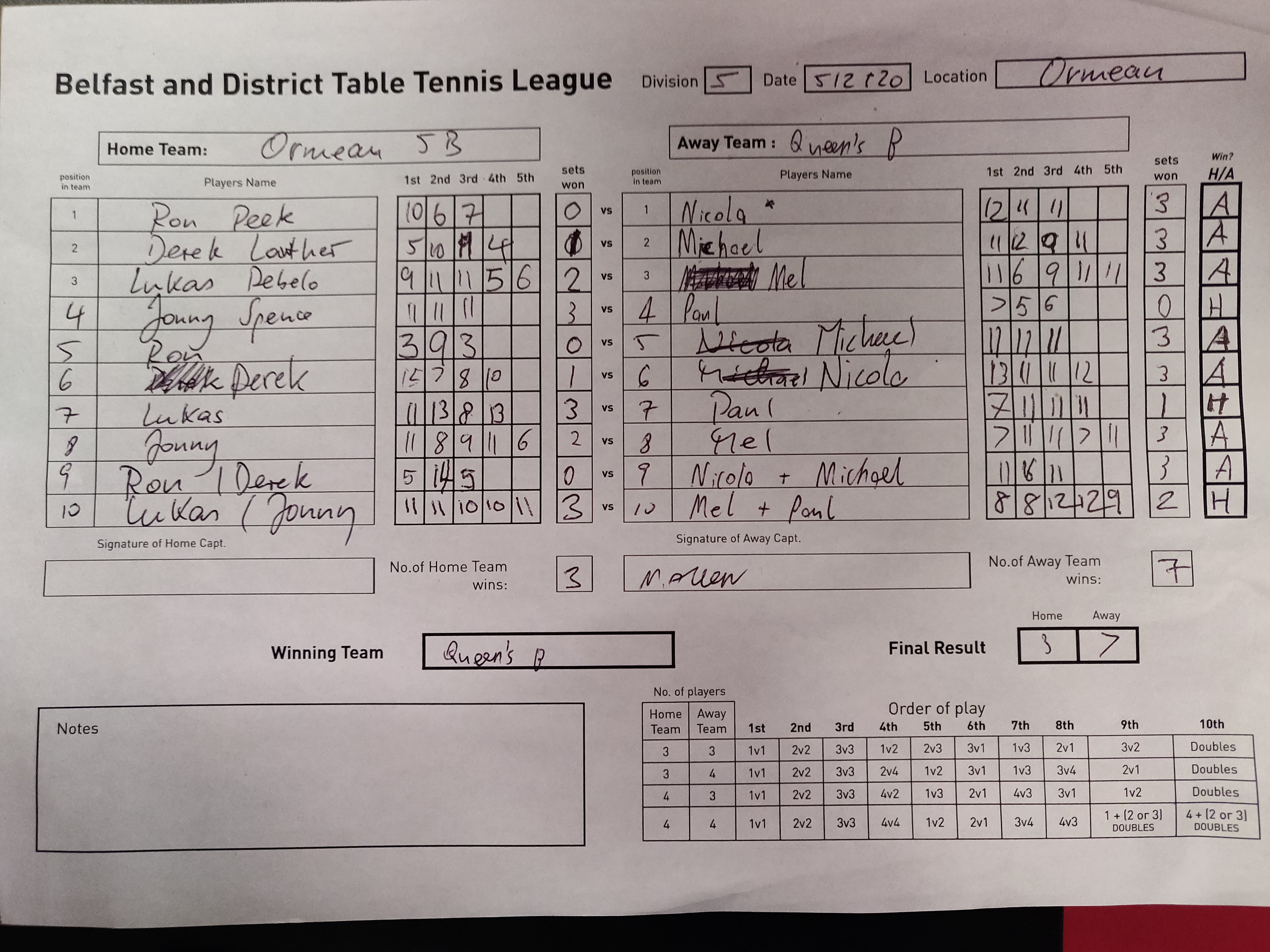