Tonight we saw Ormeau B take on Lowe Memorial at home in Division 5 of the Belfast and District Table Tennis League. The match ended with a score line of Ormeau B (3) and Lowe Memorial (7). The format for the match was a 4 Vs 4 player format.

Boon Low reporting on the match said “Matches were competitive but played in good spirit. Lots of deuces and 5 matches.
Could have swung either ways.
Home Team have improved since last met.
Lowe strengthened by return of Jim”

The players that were fielded for the Home Team Ormeau B in their playing order were:

For the doubles Ormeau B decided to play Derek with amp; Graham & Allejandro with Tranziske

For the doubles Lowe Memorial had Boon with amp; Deric & Alan with Jim joining forces to taken on the hosts.

With the match card now fully completed the final score of Ormeau B (3) and Lowe Memorial (7) was recorded. 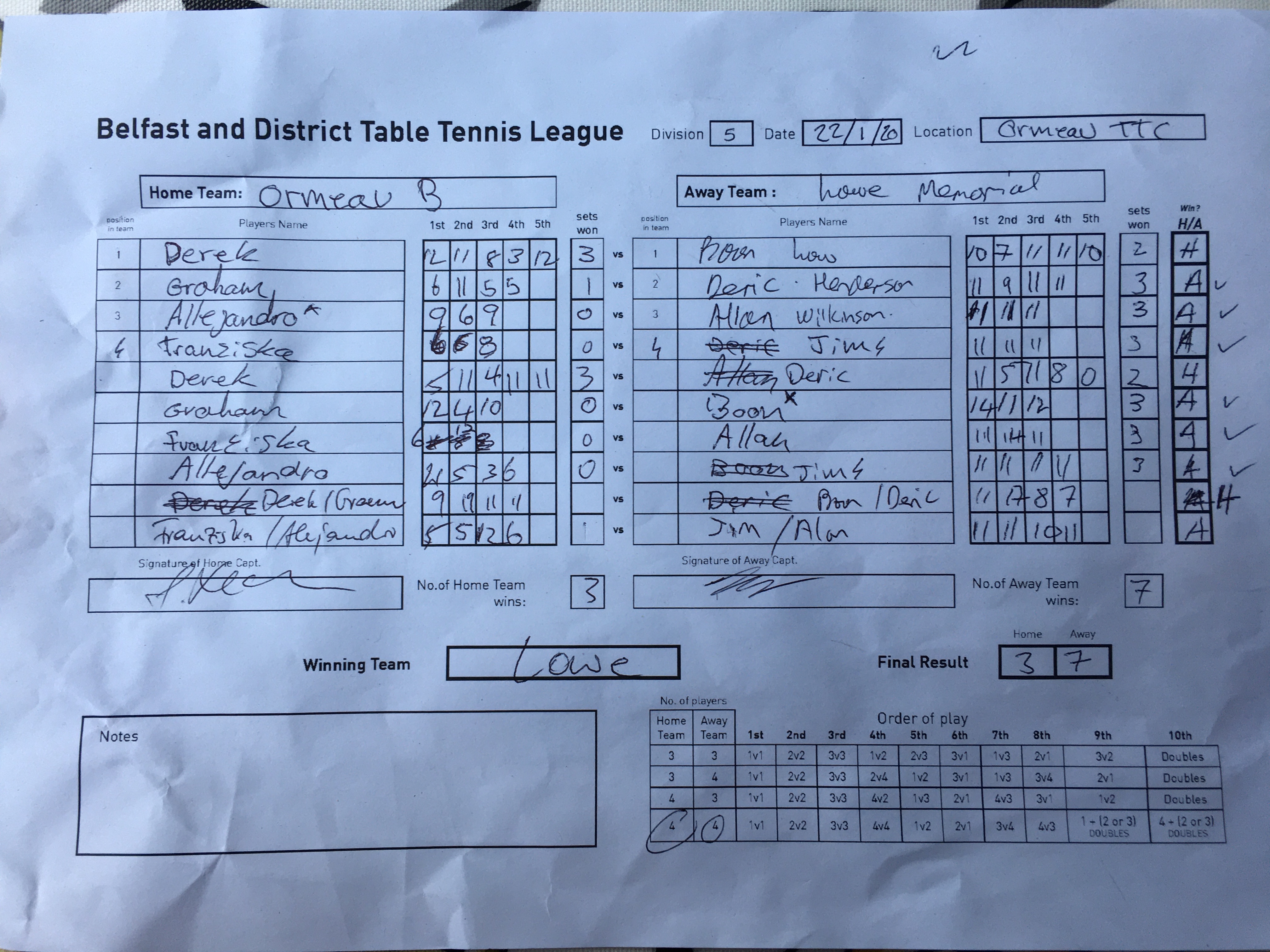