Tonight we saw Queen’s take on Civil Service B at home in Division 2 of the Belfast and District Table Tennis League. The match ended with a score line of Queen’s (8) and Civil Service B (2). The format for the match was a 4 Vs 4 player format.

Chris White reporting on the match said “Great to get the new season under way. It was great sporting evening which saw Queen’s introduce two new players to the Belfast and District league.”

The players that were fielded for the Home Team Queen’s in their playing order were:

On the Away Side Civil Service B sent a team consisting of:

For the doubles Civil Service B had Gus Agnew with amp; Brian Calvert & Joe Smyth with Neil Tipping joining forces to taken on the hosts.

With the match card now fully completed the final score of Queen’s (8) and Civil Service B (2) was recorded. 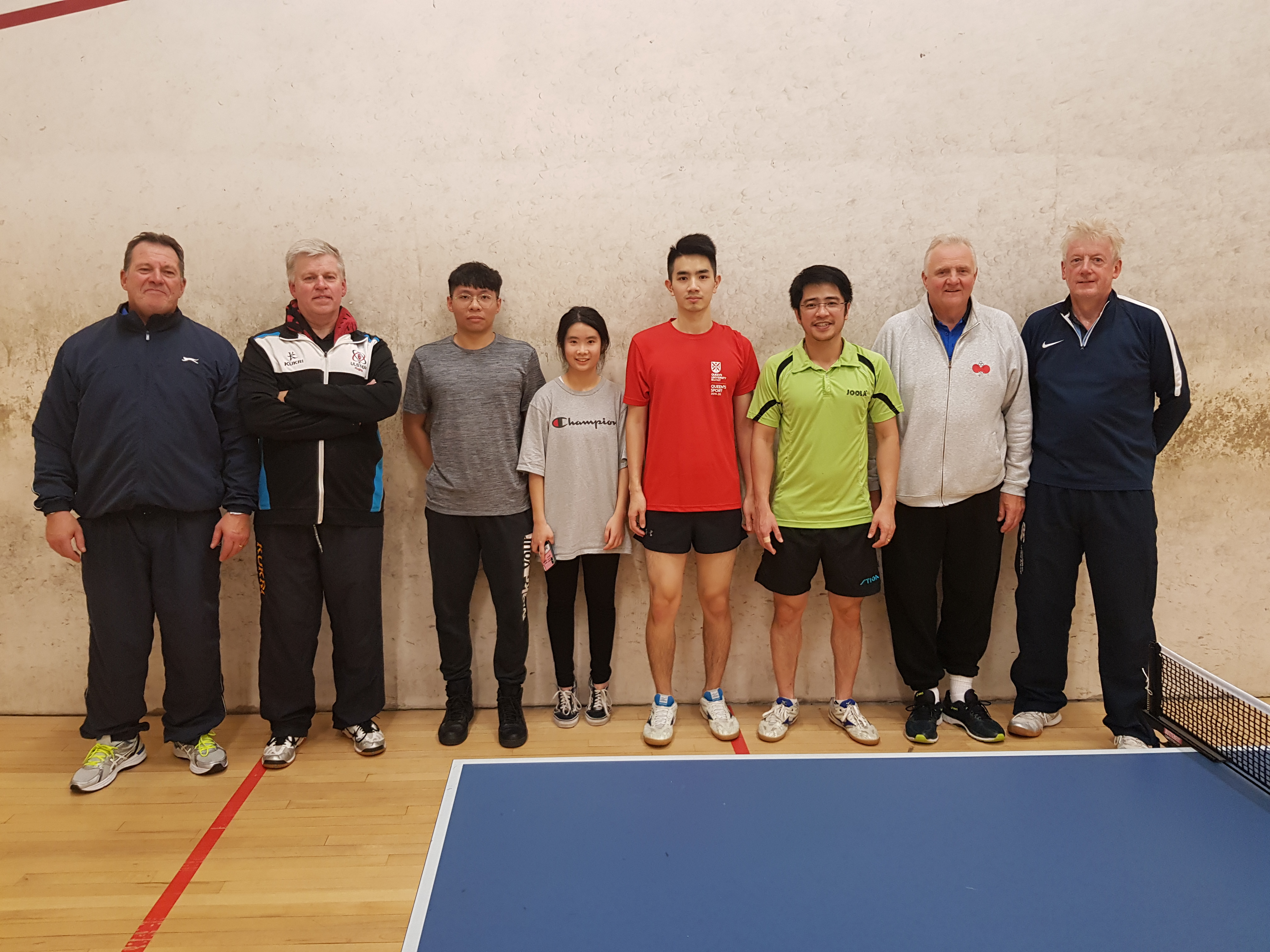 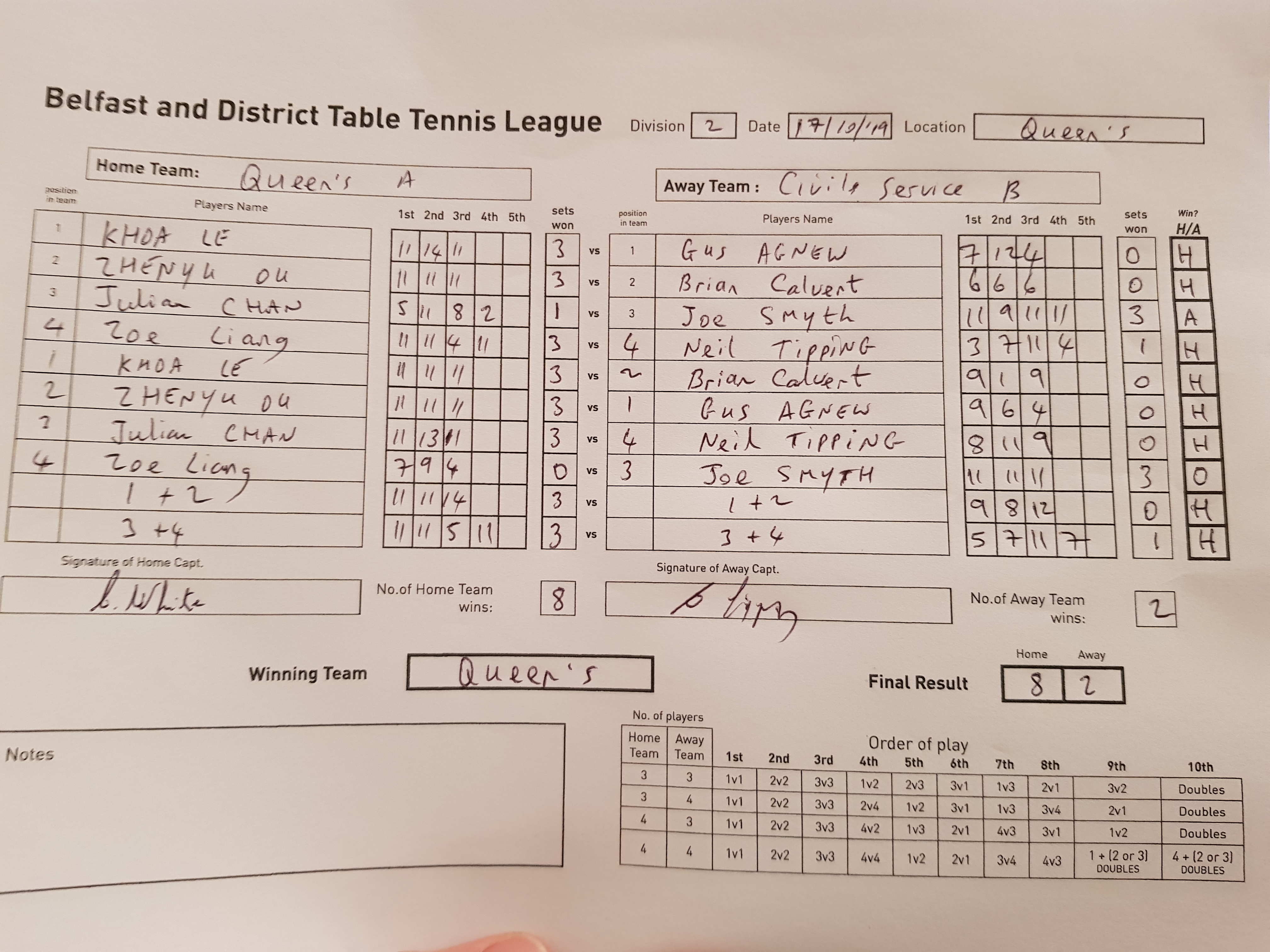