Tonight we saw Queen’s B take on Lowe Memorial at home in Division 5 of the Belfast and District Table Tennis League. The match ended with a score line of Queen’s B (7) and Lowe Memorial (3). The format for the match was a 3 Vs 4 player format.

Michael Allen reporting on the match said “Great match played in high spirits all around. Boon had a couple of great 5 setters against Mel and Michael where he won the first and lost the second. There were 3 other close matches which went to 4 sets as well. There was a big difference in the two meetings between both teams because Lowe won 9-1 the first time around before Queen’s won this reverse fixture 7-3. This shows how well the team has developed from the beginning of the season.”

The players that were fielded for the Home Team Queen’s B in their playing order were:

For the doubles Queen’s B decided to play Nicola & Michael

For the doubles Lowe Memorial had Alan & James joining forces to take on the hosts.

With the match card now fully completed the final score of Queen’s B (7) and Lowe Memorial (3) was recorded. 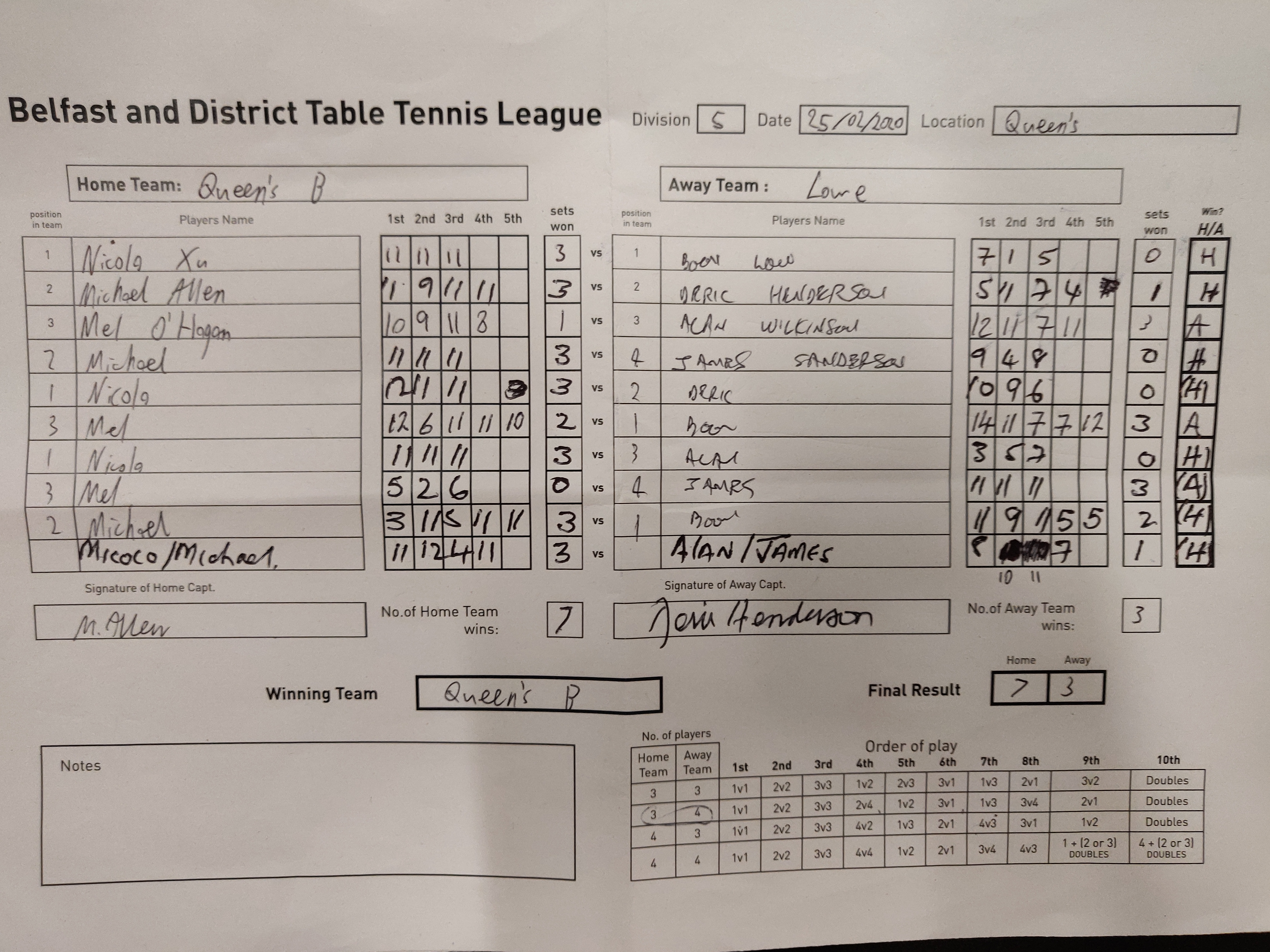